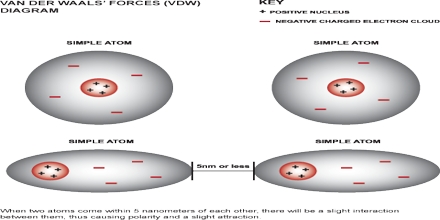 The van der Waals force named after Dutch scientist Johannes Diderik der Waals, is the sum of the the attractive or even repulsive forces between molecules apart from those due to be able to covalent bonds, or the electrostatic relationship of ions with one another, with neutral elements, or with billed molecules. The term includes: force between a couple permanent dipoles in addition to force between a permanent dipole along with a corresponding induced dipole.