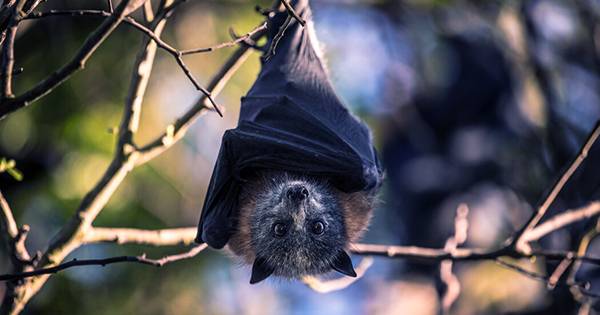 Deep in the limestone caverns of northern Laos, scientists discovered bats carrying coronaviruses that are very similar to SARS-CoV-2, the coronavirus that has caused so much concern around the world in the last 21 months. Much of COVID-19’s origin story is unclear, but this discovery is another piece of the puzzle that scientists are piecing together to figure out how SARS-CoV-2 first appeared. The paper has been put to the preprint service Research Square, where it is currently undergoing peer review and considered for publication in a Nature Portfolio Journal.

Scientists from the Pasteur Institute and the University of Laos collected samples from 645 bats in the wild in North Laos’ limestone karstic landscape, representing 46 different species. At least three coronaviruses — hilariously designated BANAL-52, BANAL-103, and BANAL-236 — attracted the researchers’ attention among the 25 they discovered. These three coronaviruses were discovered in Rhinolophus affinis horseshoe bats, and the study authors call them “the closest ancestors of SARS-CoV-2 known to date.”

The receptor-binding domain of all three coronaviruses is highly similar to that of SARS-CoV-2, which permits viral entrance into host cells through ACE2 on the surface of human cells. The researchers observed that the receptor-binding regions of these newly discovered viruses might bind to the ACE2 receptor on human cells just as well as certain early SARS-CoV-2 versions. This suggests that the viruses may pose a threat to human health. SARS-CoV-2 cousins have been found before, most notably in wild bats in China and Southeast Asia, but none included this crucial piece of the puzzle.

The three bat viruses, crucially, lack a furin cleavage site in the spike, which is required for viral entrance into respiratory epithelial cells. Because these viruses are normally prevalent in wild bats, they could be used to support the idea that COVID-19 is zoonotic, meaning it spread from animals to humans. Nonetheless, strong proponents of the fringe “lab-leak hypothesis” are unlikely to convince by this latest discovery. The furin cleavage site of SARS-CoV-2 is widely cited as “smoking gun” evidence that the virus was genetically produced in a lab by the minority of researchers who believe SARS-CoV-2 was altered by scientists before it escaped into the wild, like a Frankenstein experiment gone horribly wrong. Furin cleavage sites are found in a variety of coronaviruses, however, others claim that the ones found in SARS-CoV-2 have certain unique characteristics.

The three close cousins studied in this study do not have a furin cleavage site therefore this question remains unresolved. With that little caveat in mind, the researchers behind this current study say that their findings strongly suggest that SARS-CoV-2 has a natural origin.

“The discovery of these viruses in the bat animal reservoir supports the notion that SARS-CoV-2 originated in bats residing in the Indochina peninsula’s vast karst highlands, which reach through Laos, Vietnam, and China. Our findings suggest that additional similar viruses may pose a health concern to humans “In a statement, Marc Eloit, Head of the Institut Pasteur’s Pathogen Discovery Laboratory and Professor of Virology at the Alfort National Veterinary School said.