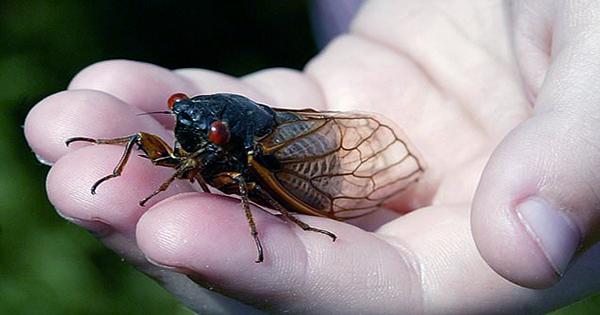 Many of us wish we could be sitting in 2020, but billions of cicadas in the United States will spend the last 17 year of their time underground, spreading their wings, drowning, mating, and then dying.

Is it worth it? They probably think so. This is one of nature’s most intriguing life cycles. The periodic cicadas in the North American genus Magicicada, which last for 13 or 17 years, work to spread their exoskeletons, spread and spread their wings, before they grow together in incredible numbers in the spring outside the sweet shakes from tree roots.

They have a strange life, but they are pushed out. Cicadas that grow at the same time are called broods. Over the next few weeks, Brood X, born in 2004, will be impossible to miss, as large parts of East America, billions, even trillions, will vibrate after 17 years of waiting for the sound of Cicadas.

To put it in perspective, when these cicadas were first on Underground Friends TV, Mark Zuckerberg launched a little-known social network from his Harvard dorm room. It’s a mystery to scientists how Cicada knows the 17-year cycle, but we’re initially a little more prepared than the European settlers who thought they were going to be hit by some kind of biblical plague. The idea is that the evolutionary strategy is number protection.

Hunters like birds and small mammals can eat feasts like kings and can just pierce their numbers. Some parts of the U.S. are already watching Brood X get excited, sharing photos and videos on social media, although it seems that the origins have been localized to the unpredictable winter weather which means some bugs are waiting for some warmth before taking part in the garden sun. The Washington Post’s Cicada forecast includes “Peak Flowers” between May 18 and 20. You’ll probably not miss them.

The males use a drum-like structure in their lower abdomen to create an intense, high-level lightning that looks like an electric rotor, while the females respond by clicking their wings together. This love song can go as high as 90 decibels, as loud as a motorcycle or a lawnmower.