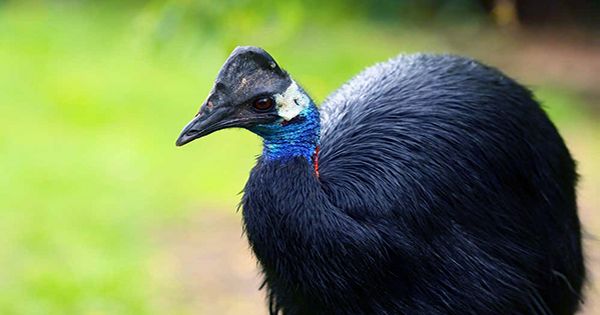 Humans appear to have nurtured a distinct bird species long before chicken domestication – one capable of ripping a person apart with a single sweeping kick. Cassowaries make it easy to believe that birds are the only living dinosaurs but according to a recent study,” these are the creatures that humans selected to grow to adulthood.” As bizarre as that decision may appear, it may explain the cassowary’s survival as well as the fate of New Guinea’s rainforests. Eggshells found at Yuku and Kiowa in the New Guinea Highlands appear to have harvested abnormally soon after they hatched. The team that identified this pattern explains it (just in time for World Cassowary Day) as the outcome of people’s desire to raise the hatchlings rather than boil the eggs in Proceedings of the National Academy of Sciences.

The heaviest birds that have ever lived on the planet — New Zealand’s Moa and Madagascar’s elephant bird – both went extinct shortly after humans arrived on their respective islands. However, three cassowary species have managed to coexist with humans for tens of thousands of years in New Guinea and Australia.

It is probable that cassowaries’ survival is due to humans choosing to raise young cassowaries to adulthood as the best way to obtain meat rather than hunting wild birds alone. If this is the case, it was a wise decision for the health of the rainforests where cassowaries thrive, allowing them to continue their important role as seed dispersers.

Cassowary eggs change shape and color as they get closer to hatching as the embryos take calcium from the shells. Penn State University’s Dr. Kristina Douglass and co-authors to investigate the developmental phases of shells deposited at the two sites 18,000 years ago used this fact. “There are enough samples of late-stage eggshells that do not exhibit burning that we can claim they were hatching and not consuming them,” Douglass said in a statement, despite the fact that some shells showed symptoms of having been cooked.

Cassowaries are fruit eaters rather than meat-eaters, yet their sharp claws make them a serious menace to anything they do not like, including humans. Douglass believes that the dwarf cassowary Casuarius bennetti, rather than the two larger species, is being raised. “This is not some small chicken,” she said, “It is a gigantic, ornery, flightless creature that can eviscerate you.” Although there are unsubstantiated traces of people developing a symbiotic relationship with rock doves 67 thousand years ago at Gibraltar, the work described here is the oldest evidence of bird farming in human history. “This behavior we’re observing predates the domestication of the chicken by thousands of years,” Douglass said.

Cassowary nests are uncommon and difficult to come by. Furthermore, the father protects and incubates them until they hatch. It would have taken a lot of ability to figure out when the best moment was to collect the eggs, and killing the male to get to them would have been dangerous. Despite this, New Guineans continue to raise cassowaries today, taking advantage of the fact that they easily imprint on humans if they fed first after hatching.