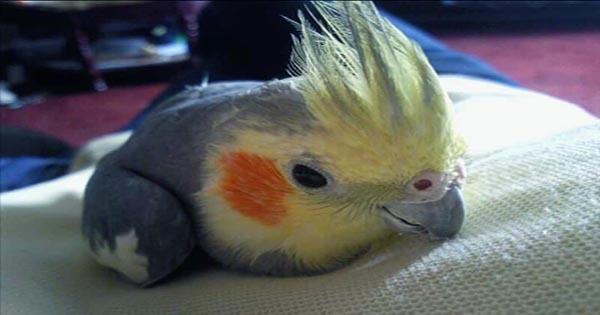 New research has discovered that cockatiels may spontaneously join in with human whistling with near-perfect synchronization, proving that birds have near-unrivaled singing abilities. In addition to being charming, the research shows that these birds are true masters of their singing voices, able to change pitch and rhythm to effectively riff with a completely other species, the study, which was published in the journal PLOS ONE, put three hand-raised cockatiels to the test to see if they could sing “in unison” or at least sync up their answering song with a person whistling a melody.

Researchers whistled a song similar to the “Mickey Mouse Club March” and each of the three birds learnt to sing a marching sound. This song is divided into two parts, each of which contains 11 notes and is separated by a pause. Despite the fact that all of the birds had learned the song, only two began to sing in harmony with the whistling (as seen in the phenomenal recording below).

The next phase involved using a playback loop to check if changing the length of time between verses affected the cockatiels’ singing rhythm. The birds were able to adjust their singing to keep up with variations in pause length, pitch, and pace, allowing them to keep up with what they clearly thought was a banger, based on their enthusiasm. “I didn’t give the birds any gifts to encourage them to sing,” research author Yoshimasa Seki of Aichi University’s psychology department told Vice. “They were eager to participate in the melody for their own amusement.”

The study, according to Seki, is the first reported example of a non-human animal singing along to human music and syncing with its changing characteristics. You might ask what academic use this information has beyond providing a fantastic reason to watch singing cockatiel videos (some even sing opera), but Seki believes that knowing about singing behavior in non-human animals might provide insights into historical uses of singing among humans.

“Singing used to be a means of human communication,” they explained. “At some point, we stopped singing for fun and started singing for survival, but by studying our distant predecessors, we may increase cooperation and group work even among humans.”

Intriguingly, a similar strategy aims to bring science closer to understanding dolphin communication in the opposite direction. The study is based on the hypothesis that whistled human languages have essential characteristics with dolphin signals, and that by comparing the two, we might be able to crack the cetacean code one day.