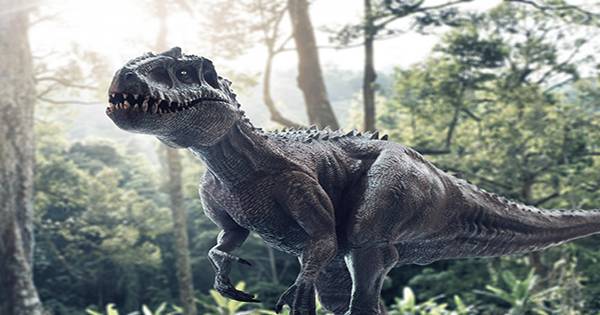 An examination of over 50 bones recovered on the beaches of the Isle of Wight, England, has identified two dinosaur species previously unknown to science. Spinosaurids are dinosaurs that are closely related to the colossal predator Spinosaurus. These newly detected predatory species are estimated to be roughly 9 meters (29.5 feet) long by the researchers in the latest study, which was published in the journal Scientific Reports.

Ceratosuchops inferodios is the scientific name for one of the species, which means, “Horned crocodile-faced hell heron.” Its rough cranium and “presumed heron-like” hunting manner are references to this. Riparovenator milnerae is the name of the other species. This is an homage to paleontologist Dr. Angela Milner, who died in August, and means “Milner’s riverbank hunter.” Milner researched the only other spinosaurid previously discovered in the UK, Baryonyx walkeri, which he discovered in a Surrey quarry in 1983.

“We’ve known for a few decades that Baryonyx-like dinosaurs awaited [discovery] on the Isle of Wight, but finding the remains of two such animals in close proximity was a great surprise,” research co-author and British theropod dinosaur expert Darren Naish said in a statement. “We discovered that the skulls differed not only from Baryonyx but also from one another,” said lead author Chris Barker, a student at the University of Southampton.

Between 2013 and 2017, the remains were discovered. The location they come from is 125 million years old and found in Chilton Chine, a deep and narrow canyon on the Isle of Wight’s southwest coast. The location was most likely a floodplain at the time, with plenty of aquatic morsels for the spinosaurids to eat.

Fossil collectors and a team from the Dinosaur Isle Museum, where the incomplete skeletons will displayed, discovered the bones throughout time. “On behalf of the museum, I’d want to convey our gratitude to the collectors, including museum colleagues, who have discovered these incredible discoveries and made them available for scientific investigation,” Dr. Martin Munt, Curator of Dinosaur Isle Museum, remarked.

“We realized once the two snouts were found that this would be something odd and extraordinary,” said co-author Jeremy Lockwood, who uncovered some of the bones. Then it just got better and better as more collectors discovered and donated pieces of this massive jigsaw puzzle to the museum.” Brian Foster, co-author and fossil collector, remarked, “This is the rarest and most exciting find I’ve discovered in over 30 years of fossil collecting.”