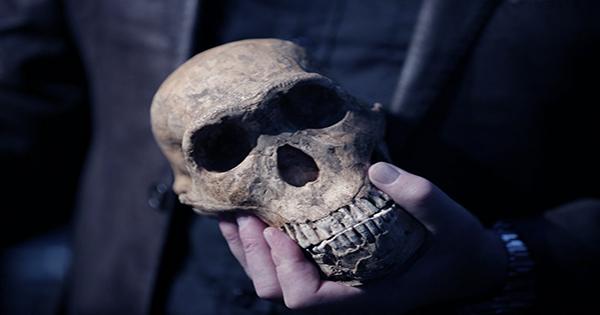 Skull remains of a naledi infant have been uncovered deep within the cave system where Homo naledi was discovered. The parts when put together reveal something about naledi anatomy at the age of six or thereabouts, but the spot where they were discovered may be the most relevant aspect of the find.

One of the major science stories of the recent decade was the discovery of Homo naledi. We have more of their fossils than most other hominins only from the Rising Star Cave System.

Nothing known about the behavior of this branch of the human family living alongside modern humans, the discovery of the skull of a naledi infant named Leti, the first naledi child fossil, may provide us with a starting point.

Leti’s finding was published in PaleoAnthropology, along with an article that updated our knowledge of the cave system. Leti had attained “90 percent to 95 percent of its adult brain capacity” with a brain size of 480-610 cubic centimeters (29-37 cubic inches), despite her teeth indicating she was just four to six years old, according to Dr. Debra Bolter, a co-author on the research. (Anthropologists are using female pronouns for the time being because Leti’s gender has not been established.)

Professor Lee Berger, the team’s leader, remarked, “Homo naledi remains one of the most intriguing early human cousins ever discovered.” “It is certainly a primitive species, surviving at a period when we thought Africa only had modern people. Its existence at the period and in this location complicates our understanding of who invented what first in terms of intricate stone tool civilizations and even ceremonial behaviors.”

Because of naledi’s modest brain size, it was once thought to be exceedingly old, with one estimate putting the fossils’ age at two million years. However, a further study utilizing electron spin resonance revealed that the teeth were between 335 and 241 thousand years old, indicating that Homo sapiens, or our direct ancestors, were living in Africa at the time, most likely quite nearby.

“The place where Leti was discovered is part of a spiderweb of confined corridors,” said Maropeng Ramalepa, who assisted in the retrieval of things. Exploring these tubes, which may be as narrow as 15 cm (6 inches) in width, has proven difficult, with only petite women being able to access many portions of the system, and then only with difficulty.

Although Homo Naledi was smaller than us, they must have found certain cave tunnels to be a tight squeeze, which they apparently handled without the aid of light.

Leti is a truncation of letimela, which means “the lost one” in Setswana because his skull was discovered so far away from other naledi corpses. Leti’s other bones are missing, and the head, which is 80 centimeters (32 inches) above the cave floor, couldn’t have been washed or dragged there by animals.

Other naledi must have deposited the skull there, according to the authors. It’s unclear why they did this. Perhaps it was a gesture of respect from a bereaved parent. If this is the case, it means that the naledi, although having brains far smaller than ours, conducted fundamental burial ceremonies.

Previous research has shown that the adult naledi fossils discovered in the Rising Star Cave System did not die there, but rather that the caverns served as a mausoleum for the deceased, maybe to shield remains from predators. If that is the case, the lack of damage by predators or scavengers indicates that it was a success.