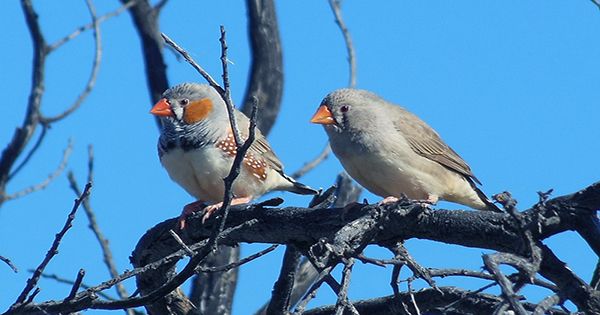 You would believe a chick’s life begins when it breaks out from its shell, but the study shows that newborn birds start working long before they leave the nest (cuckoos even start exercising). Anyone who has seen a brood mature will know that they start chirping before they make their grand arrival, but it turns out that communication is not one-way. According to a new study, a growing chick’s physiology may alter in response to its parents’ calls even at the embryonic stage.

A recent article published in Proceedings of the Royal Society B describes the mitochondrial alterations that occur in growing zebra finch embryos. The eggs react to their parents’ “heat-calls,” which essentially warn them that they are going to enter a heated environment. Living in the hotter portions of Australia, zebra finches are accustomed to this.

The researchers examined samples from zebra finch nestlings that had incubated under various settings to assess red blood cell mitochondrial activity. Some were in extreme heat with no acoustic signals, while others were in moderate heat with heat calls in their ears. Others received control calls while being kept in different temperatures. They permitted to rise with their parents for 13 days after hatching before samples were obtained.

You might think of mitochondria as the “powerhouse of the cell,” and you’d be correct, because they transform energy from meals into adenosine triphosphate, a type of fuel for cells (ATP). The researchers wanted to know how – or whether – this mitochondrial function altered to help the chicks adapt to the environment in which they had incubated.

The red blood cells’ mitochondrial ATP generation varied in response to both the temperature of the eggs and the bird’s exposure to heat calls, even when housed at moderate temperatures, according to their findings. According to Mylene Mariette of Deakin University in Geelong, Australia, “hearing heat calls affects the balance of how much ATP versus heat mitochondria generate.” “Mitochondria of heat-call exposed birds create substantially more ATP in moderate heat (below 35 °C [95 °F]), since they don’t need to produce as much body heat.”