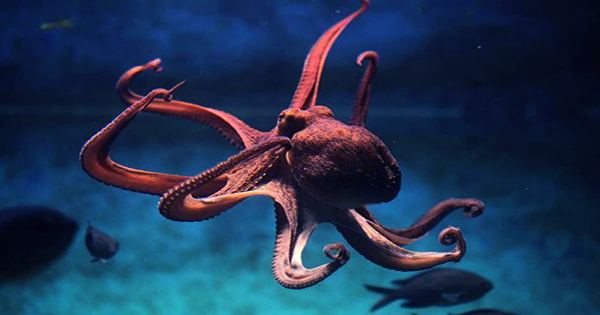 Entering deeper can be an enlightened experience for an environment that is seemingly lacking in life, bringing new and bizarre species and behaviors to light as you float in more abysses. Thanks to the Schmidt Ocean Institute, you can climb digitally alongside scientists who have explored the islands of the Phoenix Islands using the research ship Falco.

The expedition was not an average event, consisting of the most extensive deep-dive in the region’s deep-sea coral and sponge ecosystems. The next footage is a real treat for the eyes and ears, with the Institute’s token improv as marine scientists openly commenting on what they see (the word “wait … what ?!” is thrown out a lot). Their incredibility has been rightly placed, as new marine species and deep-sea creatures were transformed throughout their unknown 34-day expedition.

During that time, researchers on the expedition were fortunate enough to see two sightings of an indigent species of octopus, the famous transparent is aptly named glass octopus (Vitreladonella) floating in the water through its optic nerves, eyeballs, and digestive tract (some cephalopods have no shame).

Previously there was very little in the way of footage for these elusive creatures, so the Institute’s mesmerizing video has great academic value. Previously, they only studied from the remains found in the stomachs of predators when – as you can imagine – they did not seem so imaginary. The expedition was joined by the Institute’s Reliable Remote-Driven Vehicle (ROV) Subastian, who became resistant to barotrauma, enabling researchers to make somewhat safer transitions to the more oppressive depths of the ocean. Here they saw a glimpse of the world’s largest fish, the whale shark, swimming in disgusting depths.

One of the biggest mysteries in marine science is that we still don’t know how or why these ocean giants gave birth. Interesting clips like this show a whale shark diving beyond 12 meters (40 feet) that has the potential to provide clues and bring us closer to the north. More ridiculous footage of the expedition included some crabs that were caught stealing fish from each other, a unique treat for these animals. While one crab was leaning towards eating its evil food, another was tapping the coral in search of its lost prey, one of the researchers was repeatedly heard to say, and “I just pressed the OMG button.”