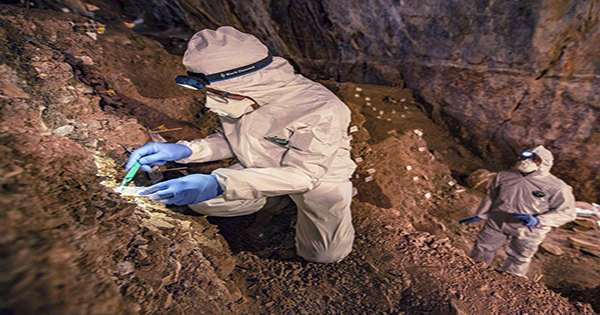 Archaeologists typically had to get their hands on skeletons to finally get ancient DNA, but a remarkable new study has been able to sequence the genome of a 15,000-year-old human – as well as using prehistoric wolves and bison – just a handful of dirt. Scientists have previously recovered genetic sequences from the sediments of the environment, but this new study opens up the possibility of reconstructing the evolution of entire ecosystems using only dirt.

As published in the Journal of Current Biology, the ancient sensation was taken from the Satsurbalia Cave in the present-day West Georgia Caucasus, which is known to have been inhabited by humans during various Paleolithic periods. Before the ice age, an international team of researchers led by the University of Vienna in London and the Francis Creek Institute were able to acquire human DNA from one level over a 25,000-year period. Using extensive sequencing and extensive data, the researchers discovered that this DNA belonged to a woman of Eurasian descent who lived about 15,000 years ago.

In fact, he represents an extinct human race that contributed to the current West-Eurasian population. To confirm that this was indeed ancient DNA, the researchers then compared the DNA of this environment with the genetic material obtained from the remains of a cave bone near Ghudjuana. It found different similarities in the genome and further confirmed that this DNA is not just modern contamination. Human DNA has not only recovered genetic material.

From the sensation, the researchers were also able to identify a wolf environmental genome that represents a previously unknown and possibly extinct genus, as well as a European bison genome that is related to the current population. Environmental DNA or EDNA refers to scraps of misleading genetic material that has flowed from an organism into the environment. It can come from an array of sources, such as shed skin, pop, blood, mucus, and so on. In a study published earlier this year, scientists demonstrated how EDNA is obtained from the surrounding air, not just soil or surfaces.