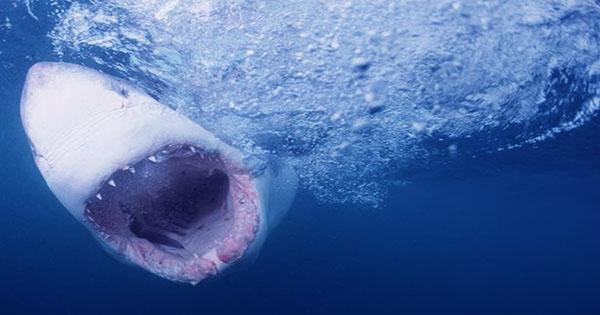 If you have never heard of shark flipping, sometimes known as tonic immobility, we have a treat in store for you. Shark flipping is the (very scientific) procedure of spinning a shark onto its back, resulting in an almost hypnotic condition that makes the shark immobile for approximately 15 minutes and may do on a variety of sharks.

This condition of immobility is a fantastic tool for scientific investigation, and expert underwater divers have been known to use it on sharks as huge as tiger sharks. The result is an almost unearthly power, with sharks as long as two persons immobilized with a single touch. So, how can scientists flip a shark, and why is it even possible?

Tonic immobility is a reactive condition of paralysis found in a wide range of animals, including mammals, insects, and a variety of fish. Tonic immobility may induce in humans by trauma, whereas chickens can be “hypnotized” by keeping their heads down and drawing a line from the beak outwards. Trout tickling, a fishing technique in which a person strokes the belly of a trout, fully paralyzing it and permitting simple removal from the water, is a well-known example of tonic immobility.

The tonic immobility reflex in sharks is rather powerful. The condition can induce by either flipping the entire shark upside-down or stroking the front of the snout (in certain sharks). An experienced underwater diver may hold a shark’s snout, massage it into submission, and then flip it over, allowing them to tag them, study their bodies, or just brag about having just flipped over a 4-meter (14-foot) tiger shark. In the video below, a scuba diver flips an inquisitive tiger shark, paying attention to how they handle the snout to make it motionless before flipping it upright.

To do so, a diver stimulates the Ampullae of Lorenzini, which are small pores on the front of a shark’s nose. The highly sensitive receptive organs detect electrical disturbances in the water as well as temperature changes, and it is through these pores that sharks are such terrible predators.

The Ampullae of Lorenzini are overstimulated and the shark becomes paralyzed when hands are placed gently on each side of the snout, near the eyes of a shark. This is extremely effective on tiger sharks, but for unknown reasons, it fails miserably on Great White Sharks (some speculate the nose of a Great White is too large to successfully overstimulate the pores).

If a shark violently flipped over the majority of them will paralyzed and will only regain control after an average of 15 minutes. Again, Great Whites appear to be the least influenced by this occurrence, but once flipped over; they radically altered, as seen in a video that went viral in 2019.

The shark’s respiration slows, muscles relax, and the dorsal fin straightens, making it nearly helpless when upside down. Tonic immobility’s specific mechanism is unknown, and experts are unsure why this reaction exists at all. The most widely accepted explanation now holds that the reflex serves as a “playing dead” strategy, preventing possible predators.

Despite the absence of formal accreditation as an ethical practice, scientists have been using shark flipping for geographical tagging for years. The shark is unharmed, and once the researcher has performed their duty, they frequently just right themselves and swim away happily.

Cristina Zenato, a UNEXCO scuba diver in the Bahamas, refined the method and utilized it in the field to remove hooks from injured sharks, claiming to be able to calm sharks up to 3 meters (10 feet) long. Orcas, however, are well versed in the vulnerabilities of even the largest sharks. Orcas have been observed employing tonic immobility as a hunting weapon against stingrays and, on rare occasions, huge Great White sharks, flipping the animal and holding it there until it becomes paralyzed, then choking it once still.