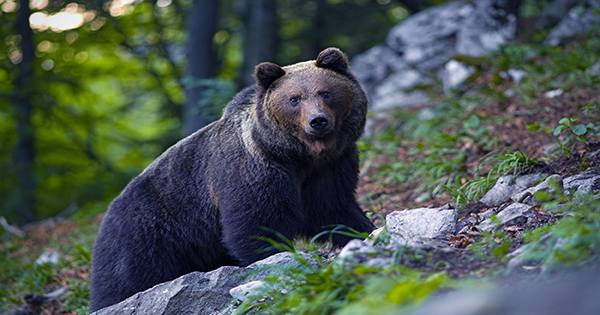 Teenager Pushes Bear Off a Wall to Save her Dogs

Hayley, a California teenager, had a confrontation last weekend. He encountered a mama bear and two cubs walking on the side wall of his house and rescued several dogs that had been bitten by wild animals – a decision that proved that small dogs had no idea about their size and would literally face any problem with their safety. No worries. The entire episode was recorded by home security cameras and shared with Hailey’s cousin Brenda Ticket, where it quickly gained viral fame.

Hailey is OK, although she sprayed her finger to rescue the dogs, and a dog probably had a few scratches, but they are also OK. The bear was good too. As long as there is no harm to anyone involved in this conflict, we should emphasize that you should never approach a brown bear – let alone attack.

Bear attacks, especially towards humans, are rare and animals are generally concerned about their food, their cubs and space. Be aware of what to do if you meet an animal. Also, in this case the bear was a brown bear, not a grizzly bear as it has been claimed on social media. Grizzlies are part of the brown bear family, but not all brown bears are grizzlies. Just recently, an opinion poll found that six percent of U.S. women and seven percent of U.S. men believe they can defeat grizzly bears in an unarmed war. Hailey almost proved them right … A teenage mama from Southern California left the square opposite Mama Bear to survive the story.

Hailey Mourinho, 17, recently heard her family dogs barking outside and went to see what was causing the violence. According to ABC 7. Mourinho found a mama bear and her cub on a brick wall around his backyard, after which Adrenaline took charge. Mama Bear is shown swiping towards a dog in the Memorial Day event surveillance video. Mourinho says it’s his mother’s service dog, TJ. The clip shows the teenager falling into a waterfall, running towards the bear and pushing the animal out of the wall before grabbing another dog named Wednesday and returning inside.