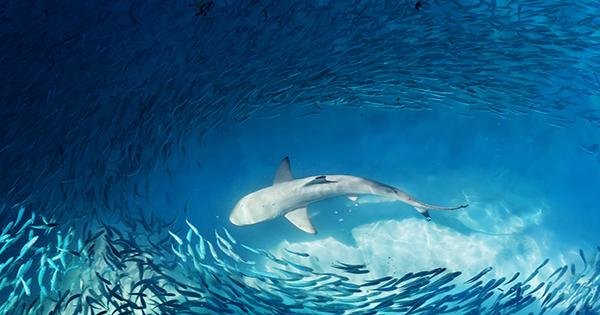 A glass-bottom boat during Cretaceous is not quite risky but becomes quite an epic day. As mosasaurs and plesiosaurs were not cool enough, a new study published in the journal Science has uncovered a bizarre animal you could see on a trip: an eagle shark. Forget feathers and feathers, these sharks so named for their huge wings that the sharks in the studied sample were longer than wide. The new species – known only from fossil evidence (better luck next time, eagle shark enthusiasts) – been named Aquilolamna milarcae and represents a new family in the history of sharks. Somewhat like the manta ray, these eagle sharks were impressed with impressive camouflage fins – some kind of winged – that in the sample studied the whole animal was only 1.65 m (5.4 ft) long but 1.9 m (6.2 ft) wide. The description may sound like a terrifying predator, but given its huge mouth and teenage tiny teeth, researchers think it was probably a filter feeder.

A. milarcae was zoomed around the ocean about 93 million years ago and believed to have joined Critic critics in the waters of the Gulf of Mexico. It shares some features with most pelican sharks, sporting a smooth fin (tail) with a much more advanced lobe seen in whale and tiger sharks.

So it falls physically like a chimera in a combination of both shark and ray properties. Prior to the identification and description of this specimen, it thought that there was only one large plankton-feeding family in the Cretaceous waters: pachycormidae, an extinct group of large-boned fish. Ag Gull Sharks now ranks second on the filter-feeding leaderboard. An international research team led by Roman Vullo of the French National Center for Scientific Research (CNRS) found a complete sample in 2012 in Vallecillo, Mexico.

The spot known for its well-preserved ancient fossils as it provides many ammonites, bonefish and other marine reptiles in the hands of curious scientists. At this Searches from the site as a milarcae sample contain academic value from the past, representing a new and little-known chapter in the evolutionary history of sharks.