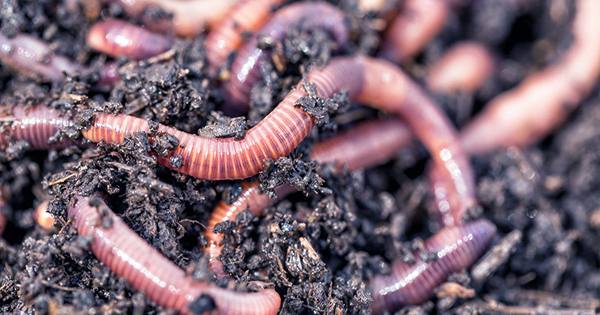 A worm species kills its own internal organs to produce “yolk milk,” which is then transferred out of the vulva for consumption by its offspring. Is not nature amazing? Caenorhabditis elegans, the nematode worm, has two sexes: hermaphrodite and male. C. elegans is a hermaphrodite that can breed with males or self-fertilize their eggs with their own limited sperm supply, a reproductive method known as androdioecy.

Worm mothers experience fast senescence once reproduction stops (deterioration with age). Surprisingly, the same signaling mechanism that increases yolk synthesis also promotes senescence, with yolk-rich fluid collecting around the bodies of the fading worms. This procedure appears to be hopeless, and it is considered to be an illness linked with advanced age. However, a new study published in Nature Communications revealed the very selfless reason for it.

In a statement sent to IFLScience, lead study author Professor David Gems of the University College London Institute of Healthy Aging explained, “It is both a form of primitive lactation, which only a few other invertebrates have been shown to do and a form of reproductive suicide, as worm mothers sacrifice themselves to support the next generation.” “The discovery of worm milk indicates a novel strategy for C. elegans to improve their evolutionary fitness: when they can no longer breed due to a lack of sperm, they melt down their own tissues to transmit resources to their young,” said first author Dr. Carina Kern.

The authors define this process as a “destructive repurposing of internal biomass” that adds to the mother’s senescence and atrophy, according to the report. The ensuing yolk, together with masses of unfertilized oocytes (egg cells), vented out of the vulva as soon as egg-laying stops. The wormy newborns gain greatly from this trauma, according to the research, which states that “as a mechanism of transmitting resources from mother to offspring after egg-laying, vented yolk performs a function similar to mammalian milk.”

The researchers discovered yolk in the intestines of worm larvae and found that removing yolk-producing mothers slowed their growth. “All those unfertilized eggs are full of milk, so they are acting like milk bottles to help with milk transport to feed newborn worms,” Dr. Kern says of the expelled oocytes.

C. elegans may be little, measuring only 1 millimeter in length, yet they play a critical role in biology research as a model organism. The worms were the first multicellular organism to have their genome sequenced, and every cell in their body has had its developmental fate traced. C. elegans was also the first animal to have its whole connectome mapped, which means that the connections between all 302 of its neurons (as opposed to the 86 billion in humans) have identified.

Aging research is one subject that makes extensive use of C. elegans. Surprisingly, these yolky studies are highly important here – senescence, yolk production, and yolk venting are all influenced by the same signaling system, which has been found to lengthen worm longevity when turned off.

“In the end, understanding the principles that regulate the process of C. elegans aging and explaining the causes of age-related disease, in general, is vital,” Professor Gems said. “We haven’t figured out how to do this for any organism yet.” But we’re getting there with C. elegans, and the discovery of warm milk is a big step forward.”