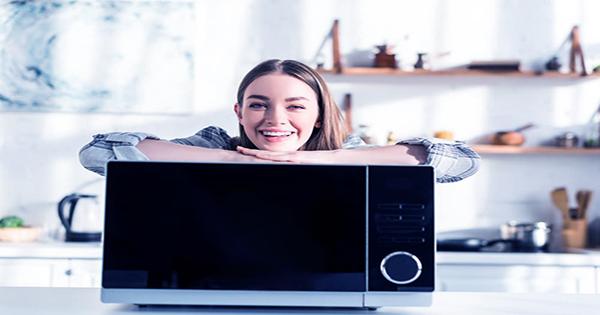 YouTuber Discovers the Bizarre Early Use of Microwave Ovens

Everyone knows the story of the first microwave oven. It is one of the greatest “accidental” discoveries ever made in science. For those who don’t, in the 1940s, engineer Percy Spencer was working at Raytheon (the name given to the day he appeared in Fallout) when he was testing an active radar, while at one point in his pocket he noticed a chocolate bar in his pocket. The chocolate melted in his pocket.

Instead of simply changing his trousers, he realized the possibility of heating food using high-density electromagnetic fields (and perhaps even changing his trousers). He first got a bag of popcorn and tested it by trying to heat it. It worked. He tried to heat an egg by pushing his luck, which exploded spectacularly, thus inventing the “don’t put an egg in the microwave” rule. Spencer subsequently places magnetrons (which produce microwave radiation) in the Faraday cage (which blocks electromagnetic fields).

The result was a giant microwave oven – close to the size of a refrigerator – that Raytheon 194 began selling commercially in restaurants in 1947 for $5,000 (about $60,000 today). However, the microwave was not widespread until it was made smaller and cheaper, which did not happen until the late 1960s – early 1970s. By then, YouTuber Tom Scott had explained in a new video that took the video site by storm, that microwaves had been used sparingly throughout the 1950s: in an attempt to revive dead microwave hamsters.

In the 1940s, before scientists tried to reintroduce heat by applying heat, you spent more time making icy hamsters and rats feel comfortable in death. They weren’t just playing Hampenstein, the goal was to be able to recover tissue after freezing, something that could have a clear application in preserving blood and organs. The success rate was quite low, but those who were resurrected were left in a terrible fiery furnace. Scientist James Lovelock saw a colleague who was recovering hamsters and suggested a better method.

“One biologist, Audrey Smith, was able to recover a frozen hamster,” Lovelock, now 101, told Scott in the video above. “When they wake up they get a huge burn all over their chest.” “It was definitely very painful, and it was messy. I thought it was a lustful way to do it, so I said, ‘Why don’t you use diathermy?’