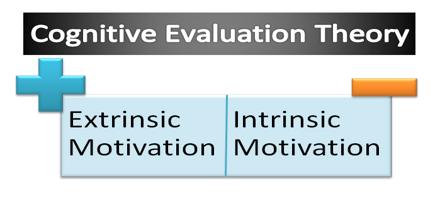 This article describe about Cognitive Evaluation Theory, which is the impact of an event on motivational processes is determined, not by the objective characteristics of the event, but rather by its psychological meaning for the individual. It also focuses on competence and autonomy while examining how intrinsic motivation is affected by external forces. Cognitive Evaluation Theory is occasionally  also called Self-Perception Theory, although this confuses it with Bem’s Self-Perception Theory. It implies that under conditions involving interesting tasks positive feedback is generally a positive force on intrinsic motivation and that tangible and expected rewards are a negative force.