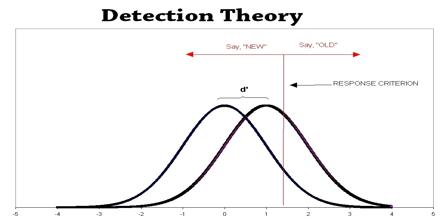 Detection Theory holds that the detection of a stimulus depends on both the intensity of the stimulus and the physical and psychological state of the individual. It can explain how changing the threshold will affect the ability to discern, often exposing how adapted the system is to the task, purpose or goal at which it is aimed. Detection Theory has applications in many fields such as diagnostics of any kind, quality control, telecommunications, and psychology. The concept is similar to the signal to noise ratio used in the sciences and confusion matrices used in artificial intelligence. It is also usable in alarm management, where it is important to separate important events from background noise.