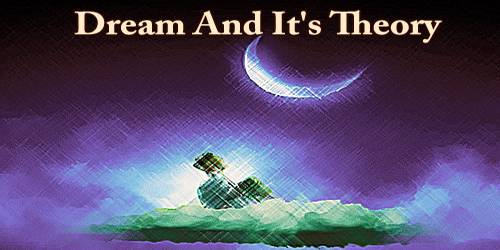 What is a Dream?

A Dream is a succession of images, ideas, emotions, and sensations that usually occur involuntarily in the mind during certain stages of sleep. Dreams can be extraordinarily vivid or very vague; filled with joyful emotions or frightening images; focused and understandable or unclear and confusing.

Dreams may vary in themes, activity and duration and they can be entertaining, frightening, disturbing or even downright bizarre. In fact, dreams seem have a mysterious and fascinating world of their own!

The content and purpose of dreams are not fully understood, although they have been a topic of scientific, philosophical and religious interest throughout recorded history. Dream interpretation is the attempt at drawing meaning from dreams and searching for an underlying message. The scientific study of dreams is called oneirology.

Why do we dream?

While many theories have been proposed, no consensus has emerged. Considering the time we spend in a dreaming state, the fact that researchers do not yet understand the purpose of dreams may seem baffling. Dreams mainly occur in the rapid-eye movement (REM) stage of sleep when brain activity is high and resembles that of being awake. REM sleep is revealed by continuous movements of the eyes during sleep. At times, dreams may occur during other stages of sleep.

However, it is important to consider that science is still unraveling the exact purpose and function of sleep itself. Some researchers suggest that dreams serve no real purpose, while others believe that dreaming is essential to mental, emotional and physical well-being.

The length of a dream can vary; they may last for a few seconds, or approximately 20-30 minutes. People are more likely to remember the dream if they are awakened during the REM phase. The average person has three to five dreams per night, and some may have up to seven; however, most dreams are immediately or quickly forgotten.

Opinions about the meaning of dreams have varied and shifted through time and culture. Many endorse the Freudian theory of dreams that dreams reveal insight into hidden desires and emotions. Other prominent theories include those suggesting that dreams assist in memory formation, problem solving, or simply are a product of random brain activation.

Consistent with the psychoanalytic perspective, Sigmund Freud’s theory of dreams suggests that dreams are a representation of unconscious desires, thoughts and motivations. According to Freud, people are driven by aggressive and sexual instincts that are repressed from conscious awareness. While these thoughts are not consciously expressed, they find their way into our awareness via dreams. In his famous book The Interpretation of Dreams (1899), Freud wrote that ‘dreams are…disguised fulfillments of repressed wishes.’

Freud’s theory contributed to the popularity of dream interpretation. Following his paths many theorists came up with their own ideas about dreams. The following are just a few of them:

Some researchers suggest that dreams are a subjective interpretation, of signals generated by the brain during sleep. Dreams are not meaningless. Instead, during dreams the cognitive elements in our brain produce new ideas.

One theory suggests that dreams are the result of our brains trying to interpret external stimuli during sleep. For example, the sound of the radio may be incorporated into the content of a dream.

Another theory uses a computer metaphor to account for dream’s. According to this theory, dreams serve to ‘clean up’ clutter from the mind, much like clean-up operations in a computer, refreshing the mind to prepare for the next day.

Late in life Freud acknowledged that “It is impossible to classify as wish fulfillments” the repetitive nightmares associated with posttraumatic stress disorder. Modern experimental studies weigh against many of Freud’s theories regarding dreams. Freud’s “dream-work” interpretation strategies have not been found to have empirical validity. His theory that dreams were the “guardians” of sleep, repressing and disguising bodily urges to ensure sleep continues, seems unlikely given studies of individuals who can sleep without dreaming. His assertions that repressed memory in infants re-surface decades later in adult dreams conflicts with modern research on memory.

Freud’s theory has difficulty explaining why young children have static and bland dreams, or why the emotions in most dreams are negative. On the plus side, modern researchers agree with Freud that dreams do have coherence, and that dream content connects to other psychological variables and often connect to recent waking thoughts (though not as often as Freud supposed). Despite the lack of scientific evidence, dream interpretation services based on Freudian or other systems remain popular.

Recent developments in neuroscience have shed some light onto why we dream and where the content of dreams comes from. The latest view in neuroscience is that dreams are related to reorganizing and recoding memories as well as transferring memories between brain regions. Emotional quotient may also plays a significant role in the process.

Carl Jung rejected many of Freud’s theories. Jung expanded on Freud’s idea that dream content relates to the dreamer’s unconscious desires. He described dreams as messages to the dreamer and argued that dreamers should pay attention for their own good. He came to believe that dreams present the dreamer with revelations that can uncover and help to resolve emotional or religious problems and fears.

Numerous studies have investigated the contribution of sleep to memory consolidation, with different sleep stages promoting different types of memories. However, only a few studies have investigated the relationship between dream content and memory consolidation in sleep. Dreams rarely involve episodic replay of waking memories. The incorporation of memory sources seems to follow a specific temporal pattern in which recent memories are integrated with older but semantically related memories presents a model of how external and bodily stimuli on one hand and short- and long-term memories on the other hand form seemingly novel, complex, and dreamlike images at sleep onset; he proposes these microdreams shed light on the formation and sources of more complex dreams. There is also some evidence that dream imagery might be associated with memory consolidation and task performance after sleep, though this is preliminary.