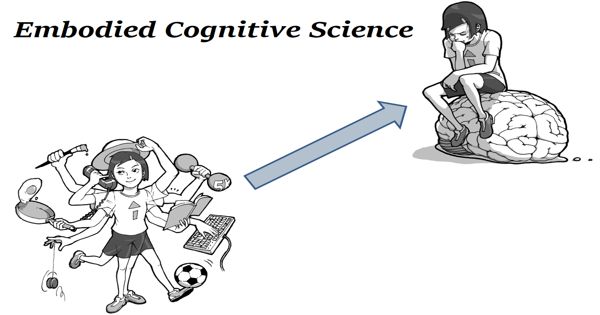 Embodied cognition, the idea that the mind is not only connected to the body but that the body influences the mind, is one of the more counter-intuitive ideas in cognitive science. Embodied cognitive science is an interdisciplinary field of research, the aim of which is to explain the mechanisms underlying intelligent behavior. It appeals to the idea that cognition deeply depends on aspects of the agent’s body other than the brain. Without the involvement of the body in both sensing and acting, thoughts would be empty, and mental affairs would not exhibit the characteristics and properties they do.

Cognition is embodied when it is deeply dependent upon features of the physical body of an agent, that is, when aspects of the agent’s body beyond the brain play a significant causal or physically constitutive role in cognitive processing. The embodied view of cognition rejects the substantial dualism between brain and body, claiming the primary role of sensorimotor experience on the development of conceptual knowledge.

Embodied cognitive science encompasses a loose-knit family of research programs in the cognitive sciences that often share a commitment to critiquing and even replacing traditional approaches to cognition and cognitive processing. It comprises three main methodologies: the modeling of psychological and biological systems in a holistic manner that considers the mind and body as a single entity; the formation of a common set of general principles of intelligent behavior; and the experimental use of robotic agents in controlled environments. 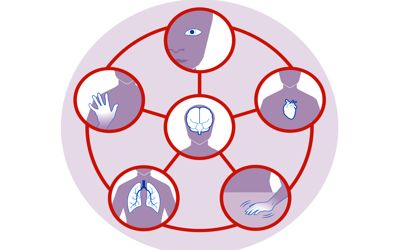 Embodied cognition is an approach to cognition that has roots in motor behavior. This approach emphasizes that cognition typically involves acting with a physical body in an environment in which that body is immersed. Embodied cognitive science, by contrast, has modeled cognition as the product of dynamic interplay between neural and non-neural processes, with no general fracture between cognition, the agent’s bodily experience, and real-life contexts. From this perspective, knowledge is grounded on the physical properties of the body and the surrounding world.

Embodied cognitive science thus motivates an interrogation of some of the fundamental assumptions made in cognitive science. Furthermore, cognition is situated in a social and environmental context. Embodied cognition theories propose mental imagery, particularly automatic simulation varieties, as a core mechanism for deep conceptual processing, rather than a language with which semantic memory has been commonly allied. However, the terms embodied, grounded, and situated are not univocally defined.