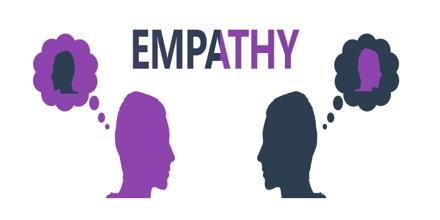 Empathy is a key element of Emotional Intelligence, the link between self and others. It is used to describe a wide range of experiences. Empathy is an ability that humans evolved in order to be able to predict other people’s actions. Types of empathy include cognitive empathy, emotional empathy, and somatic empathy. In the development of human empathy, individual differences appear, ranging from no apparent empathic ability, or empathy which is harmful to self or others, to well-balanced empathy, including the ability to distinguish between self and other.