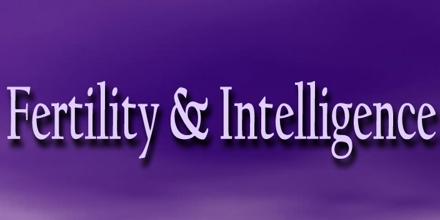 Fertility and Intelligence has no scientific explanation why fertility may be negatively influenced by a higher level of intelligence. It has been investigated in many demographic studies, with contradicting evidence that on a population level, intelligence is negatively correlated with fertility rate, and positively correlated with survival rate of offspring. It is also theorized that if an inverse correlation of IQ with fertility rate were stronger than the correlation of survival rate, and if heritable factors involved in IQ were consistently expressed in populations with different fertility rates.