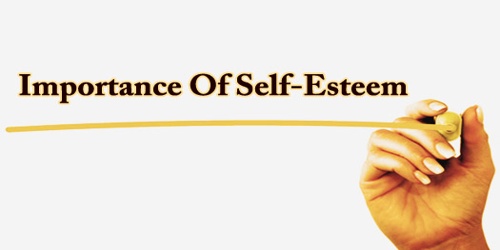 Self-esteem is a somewhat abstract concept; it’s hard for someone who doesn’t already have it to know what it would be like to have it. One way for people who have lower self-esteem to begin to appreciate what it would be like to have higher self-esteem is to consider how they may feel about things in their lives that they value. For instance, some people really like cars. Because cars are important to them, these people take really good care of their cars. They make good decisions about where to park the car, how often to get it serviced, and how they will drive it. They may decorate the car and then show it off to other people with pride. Self-esteem is like that, except it is yourself that you love, care for, and feel proud of. When children believe they are valuable and important, they take good care of themselves. They make good decisions about themselves which enhances their value rather than break it down.

Many early theories suggested that self-esteem is a basic human need or motivation. American psychologist Abraham Maslow included self-esteem in his hierarchy of human needs. He described two different forms of “esteem”: the need for respect from others in the form of recognition, success, and admiration, and the need for self-respect in the form of self-love, self-confidence, skill, or aptitude. Respect from others was believed to be more fragile and easily lost than inner self-esteem. According to Maslow, without the fulfillment of the self-esteem need, individuals will be driven to seek it and unable to grow and obtain self-actualization. Maslow also states that the healthiest expression of self-esteem “is the one which manifests in the respect we deserve for others, more than renown, fame, and flattery”. Modern theories of self-esteem explore the reasons humans are motivated to maintain a high regard for themselves. Sociometer theory maintains that self-esteem evolved to check one’s level of status and acceptance in ones’ social group. According to Terror Management Theory, self-esteem serves a protective function and reduces anxiety about life and death.

Simply put, self-esteem is the sense of how much one likes, or dislikes one’s own self. Self-esteem is a very real feeling directed totally inward, holding more power over us than the feelings we have for other people, or that they have for us. Good, healthy self-esteem is responsible for helping us achieve our goals, and to survive and recover from disappointments and failures. The direction of our self-esteem begins at birth, if not before. Throughout infancy and childhood, we receive millions of cues from all the important adults around us that reflect how they feel about us and what they think about us. These adults are typically our parents, grandparents, aunts and uncles, ministers, and teachers. These people hold enormous power in our developing self-esteem. Our perceptions of how these people feel and think about us become internalized in our minds as facts about who we really are. Literally, everything a child hears, sees, and feels from those around her/him has an impact on that person’s self-esteem and their closely related self-concept. By adolescence, the positive or negative direction, and the degree of one’s self-esteem are set for an individual.

Self-esteem or self-image of adolescents is based on six domains, they are:

Abraham Maslow states that psychological health is not possible unless the essential core of the person is fundamentally accepted, loved, and respected by others and by her or himself. Self-esteem allows people to face life with more confidence, benevolence, and optimism, and thus easily reach their goals and self-actualize.

Self-esteem may make people convinced they deserve happiness. Understanding this is fundamental, and universally beneficial since the development of positive self-esteem increases the capacity to treat other people with respect, benevolence, and goodwill, thus favoring rich interpersonal relationships and avoiding destructive ones. For Erich Fromm, the love of others and love of ourselves are not alternatives. On the contrary, an attitude of love toward themselves will be found in all those who are capable of loving others. Self-esteem allows creativity at the workplace and is a specially critical condition for teaching professions.

José-Vicente Bonet claims that the importance of self-esteem is obvious as a lack of self-esteem is, he says, not a loss of esteem from others, but self-rejection. Bonet claims that this corresponds to major depressive disorder. Freud also claimed that the depressive has suffered “an extraordinary diminution in his self-regard, an impoverishment of his ego on a grand scale….He has lost his self-respect”.

In many cases, people who end up having poor self-esteem actually have met adversity and challenges and treated others well, and do have a basis for feeling good about themselves. However, for various reasons, including a tendency towards depression, anxiety or obsessive perfectionism, a habit of engaging in cognitive distortions, or because they have been abused or exploited they may not recognize these accomplishments and actions as meaningful. They perceive themselves as failing to meet an internalized and unreasonably high standard of goodness and thus display very low self-esteem and corresponding emotional distress when they cannot meet that internal standard. However, an outside observer would see them as worthy based on accomplishments and actions and have difficulty understanding why exactly they feel so badly about themselves.

The Yogyakarta Principles, a document on international human rights law, addresses the discriminatory attitude toward LGBT people that makes their self-esteem low to be subject to human rights violations including human trafficking. The World Health Organization (WHO) recommends in “Preventing Suicide”, published in 2000, that strengthening students’ self-esteem is important to protect children and adolescents against mental distress and despondency, enabling them to cope adequately with difficult and stressful life situations.

Other than increased happiness, higher self-esteem is also known to correlate with a better ability to cope with stress and a higher likeliness of taking on difficult tasks relative to those with low self-esteem.