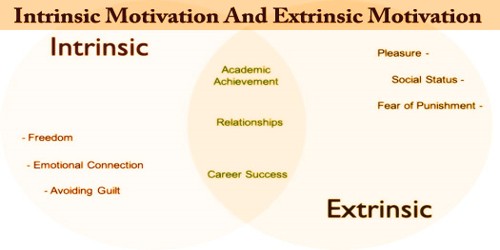 Motivation concerns energy, direction, persistence, and equifinality all aspects of activation and intention. Motivation has been a central and perennial issue in the field of psychology, for it is at the core of biological, cognitive, and social regulation. Perhaps more important, in the real world, motivation is highly valued because of its consequences: Motivation produces. It is therefore of preeminent concern to those in roles such as manager, teacher, religious leader, coach, health care provider, and parent that involve mobilizing others to act.

Self-determination theory (SDT) claims to give a different approach to motivation, considering what motivates a person at any given time as opposed to seeing motivation as a unitary concept. SDT makes distinctions between different types of motivation and the consequences of them.

Although motivation is often treated as a singular construct, even superficial reflection suggests that people are moved to act by very different types of factors, with highly varied experiences and consequences. People can be motivated because they value activity or because there is strong external coercion. They can be urged into action by an abiding interest or by a bribe. They can behave from a sense of personal commitment to excel or from fear of being surveilled. These contrasts between cases of having internal motivation versus being externally pressured are surely familiar to everyone. The issue of whether people stand behind a behavior out of their interests and values, or do it for reasons external to the self, is a matter of significance in every culture and represents a basic dimension by which people make sense of their own and others’ behavior.

Intrinsic motivation is the natural, inherent drive to seek out challenges and new possibilities that SDT associates with cognitive and social development.

Cognitive evaluation theory (CET) is a sub-theory of SDT that specifies factors explaining intrinsic motivation and variability with it and looks at how social and environmental factors help or hinder intrinsic motivations. CET focuses on the needs of competence and autonomy. CET is offered as an explanation of the phenomenon known as motivational “crowding out.”

For example, students who do their homework because they personally grasp its value for their chosen career are extrinsically motivated, as are those who do the work only because they are adhering to their parents’ control. Both examples involve instrumentalities rather than enjoyment of the work itself, yet the former case of extrinsic motivation entails personal endorsement and a feeling of choice, whereas the latter involves compliance with external regulation. Both represent intentional behavior, but they vary in their relative autonomy. The former, of course, is the type of extrinsic motivation that is sought by astute socializing agents regardless of o1: the applied domain.

Deci and Ryan developed organismic integration theory (OIT), as a sub-theory of SDT, to explain the different ways extrinsically motivated behavior is regulated. OIT details the different forms of extrinsic motivation and the contexts in which they come about. It is the context of such motivation that concerns the SDT theory as these contexts affect whether the motivations are internalized and so integrated into the sense of self.

Extrinsically motivated behaviors can be integrated into the self. OIT proposes internalization is more likely to occur when there is a sense of relatedness. Ryan, Stiller, and Lynch found that children internalize the school’s extrinsic regulations when they feel secure and cared for by parents and teachers. The internalization of extrinsic motivation is also linked to competence. OIT suggests that feelings of competence in activities should facilitate internalization of said actions.

Demonstrations of positive outcomes being associated with more internalized motivation have also emerged in other diverse domains, including religion, physical exercise, political activity, environmental activism, and intimate relationships, among others. The advantages of greater internalization appear, then, to be manifold, including more behavioral effectiveness, greater volitional persistence, enhanced subjective well-being, and better assimilation of the individual within his or her social group.