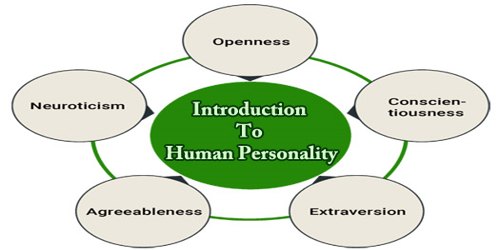 The concept of personality has different meanings and in psychology, has been defined in many ways. The study of personalities is as important to psychology as studying thoughts, emotions, and behavior. The study of human behavior requires that researchers observe and report the behavior appropriately so that they can explain as to why the person behaved in such a way as have been observed.

Actually, Personality is defined as the character sets of behaviors, cognitions, and emotional patterns that evolve from biological and environmental factors. While there is no generally agreed-upon definition of personality, most theories focus on motivation and psychological interactions with one’s environment. Trait-based personality theories, such as those defined by Raymond Cattell, define personality as the traits that predict a person’s behavior. On the other hand, more behaviorally-based approaches define personality through learning and habits. Nevertheless, most theories view personality as relatively stable.

The systematic study of personality as a recognizable and separate discipline within psychology may be said to have begun in the 1930s with the publication in the United States of two textbooks, Psychology of Personality (1937) by Ross Stagner and Personality: A Psychological Interpretation (1937) by Gordon W. Allport, followed by Henry A. Murray’s Explorations in Personality (1938), which contained a set of experimental and clinical studies, and by Gardner Murphy’s integrative and comprehensive text, Personality: A Biosocial Approach to Origins and Structure (1947). Yet personology can trace its ancestry to the ancient Greeks, who proposed a kind of biochemical theory of personality.

There are many ways to measure personality, but psychologists have mostly given up on trying dividing humanity neatly into types. Instead, they focus on personality traits.

The most widely accepted of these traits are the Big Five:

The Big Five were developed in the 1970s by two research teams. These teams were led by Paul Costa and Robert R. McCrae of the National Institutes of Health and Warren Norman and Lewis Goldberg of the University of Michigan at Ann Arbor and the University of Oregon, according to Scientific American.

The Big Five are the ingredients that make up each individual’s personality. A person might have a dash of openness, a lot of conscientiousness, an average amount of extraversion, plenty of agreeableness, and almost no neuroticism at all. Or someone could be disagreeable, neurotic, introverted, conscientious, and hardly open at all.

Historical development of concept – The modern sense of individual personality is a result of the shifts in culture originating in the Renaissance, an essential element in modernity. In contrast, the Medieval European’s sense of self was linked to a network of social roles: “the household, the kinship network, the guild, the corporation these were the building blocks of personhood”. Stephen Greenblatt observes, in recounting the recovery (1417) and career of Lucretius’ poem De rerum natura: “at the core of the poem lay key principles of a modern understanding of the world.” “Dependent on the family, the individual alone was nothing,” Jacques Gélis observes. “The characteristic mark of the modern man has two parts: one internal, the other external; one dealing with his environment, the other with his attitudes, values, and feelings.” Rather than being linked to a network of social roles, the modern man is largely influenced by environmental factors such as: “urbanization, education, mass communication, industrialization, and politicization.”

Maybe, a study published in the January 2017 journal Psychological Bulletin synthesized 207 published research papers and found that personality may be altered through therapy. “For the people who want to change their spouse tomorrow, which a lot of people want to do, I don’t hold out much hope for them,” said study researcher Brent Roberts, a social and personality psychologist at the University of Illinois. However, he continued, “if you’re willing to focus on one aspect of yourself, and you’re willing to go at it systematically, there’s now increased optimism that you can affect change in that domain.”