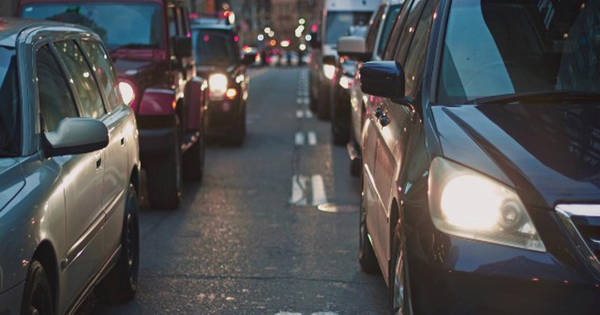 According to new research from the University of Kent, using low-cost psychological interventions can reduce vehicle engine idling and, as a result, improve air quality, particularly when there is increased traffic volume at railway level crossings.

A team of psychologists from the University’s School of Psychology, led by Professor Dominic Abrams, Dr. Tim Hopthrow, and Dr. Fanny Lalot, discovered that using carefully worded road signage can reduce the number of drivers leaving engines idling during queues at crossing barriers.

The study, which was funded by Canterbury City Council after a successful grant bid to the Department for Environment, Food and Rural Affairs (DEFRA), observed 6,049 drivers’ engines idling at Canterbury’s St Dunstan’s and St Stephen’s level crossings. The researchers investigated the effects of three intervention signs attached to lampposts, which amplify existing signs requesting drivers to turn off their engines. These were:

The social norm and outcome efficacy messages successfully increased the proportion of drivers who turned off their engines by 42% and 25%, respectively. This reduction in vehicle idling significantly reduced PM2.5 concentrations in the atmosphere two meters above ground level.

The presence of more other drivers increased the impact of the social norm road signage. These findings suggest that drivers may feel a stronger urge to conform to the norm of turning off their engines when those ahead of them in traffic do so as well. This reduces harmful emissions at a time when they are most needed.

This study, published in the Journal of Environmental Psychology, is the first to demonstrate that behavioral change induced by persuasive messages results in observable changes in air quality and pollutant concentration levels. As a result of the research, Canterbury City Council has installed permanent road signage at the railway level crossings at St Dunstan’s, St Stephen’s, and Sturry.

‘People have many creative ideas about how to improve air quality, but how do we know which will work?’ said Professor Abrams. This study employed a scientific method that allowed us to create effective messages to change people’s behavior, thereby improving air quality for themselves and others. Not only that, but we’ve discovered some messages that don’t work so well. This approach should also be used when developing strategies to encourage other behaviors that can improve air quality, health, and environmental quality.’

‘Improving air quality in the district is a major focus of the council, and research like this is vital to that work,’ said Kelly Haynes, Environmental Health Officer — Air Quality at Canterbury City Council. The findings clearly show that sending the right messages to the right people in the right places can be very effective in reducing the number of people who leave their engines running, which is one of the main contributors to poor air quality in our city.

‘These signs are just one of many things we’re doing to combat air pollution, including the launch of a new hybrid car club in Canterbury and plans to install more electric vehicle charging stations throughout the district.’