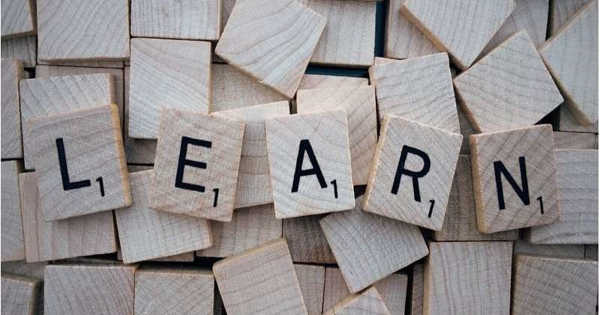 During the early preschool years, children learn a large number of words. A two-year-old may only be able to say a few words, whereas a five-year-old is likely to know thousands. How do children accomplish such a wonderful feat? For over a century, psychologists have struggled with the following question: Researchers titrate the information children use to learn new words in countless carefully designed experiments. It is unclear how children integrate different types of information.

“We know that children learn new words from a variety of sources in their social environment, including their own knowledge. However, existing research suggests that children have a toolbox of tricks at their disposal “says Manuel Bohn, a Max Planck Institute for Evolutionary Anthropology researcher.

For example, if you show a child an object they are familiar with (say, a cup) as well as an object they have never seen before, the child is likely to associate the new object with a word they have never heard before. Why? Children infer that the object that doesn’t have a name goes with the name that doesn’t have an object based on their existing knowledge of words (the thing you drink out of is called a “cup”). Other information comes from the social context: children recall previous interactions with a speaker to predict what they will say next.

“In reality, however, children learn words in complex social settings where more than one type of information is available. They must use their vocabulary knowledge when interacting with a speaker. Word learning always necessitates the integration of multiple, disparate information sources “Bohn goes on. An unanswered question is how children combine disparate, and sometimes contradictory, sources of information.

Researchers use a computer model to explain how children integrate information during word learning.

Predictions by a computer program

A team of researchers from the Max Planck Institute for Evolutionary Anthropology, MIT, and Stanford University tackles this issue in a new study. In the first step, they ran a series of experiments to assess children’s sensitivity to various information sources. They then developed a computational cognitive model that describes how this information is integrated.

“Consider this model to be a small computer program. We enter children’s sensitivity to various types of information, which we measure in separate experiments, and the program simulates what would happen if those information sources were combined rationally. The model predicts what will happen in hypothetical new situations in which all of these information sources are available “explains Michael Henry Tessler, one of the study’s lead authors.

Finally, the researchers turned these fictitious scenarios into real-world experiments. They collected data from two- to five-year-old children to see how well the model’s predictions matched up with real-world data. Bohn summarizes the findings: “It’s amazing how well the rational model of information integration predicted children’s behavior in these novel situations. It indicates that we are on the right track in terms of understanding how children learn language from a mathematical standpoint.”

How does the model function? The algorithm that processes and integrates the various information sources is based on decades of research in philosophy, developmental psychology, and linguistics. The model sees language learning as a social inference problem in which the child tries to figure out what the speaker means – what their intention is. The various information sources are all systematically related to this underlying intention, which allows for a natural integration.

“The benefit of computational modeling is that it allows you to express a variety of alternative hypotheses – alternative models – with different internal wiring to see if other theories would make equally good or better predictions. We assumed that some of the information sources would be ignored by children in some of these alternatives. In others, we assumed that children’s integration of various information sources changes with age. None of these alternative models explained children’s behavior better than the rational integration model “Tessler explains.

The study yields several intriguing and thought-provoking findings that contribute to our understanding of how children learn a language. Aside from that, it introduces a new, interdisciplinary approach to research. “Our goal was to engage formal models in direct conversation with experimental data. In child development research, these two approaches have been largely separated “according to Manuel Bohn The next step in this research program will be to put this theoretical model to the test. To that end, the team is currently working on experiments involving the integration of a new set of information sources.