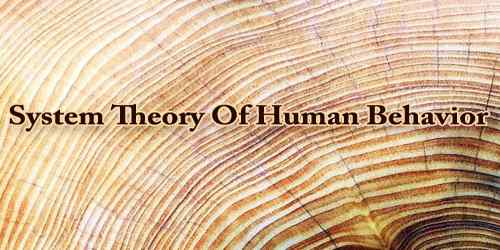 Human behavior is often confusing and inexplicable to observers. The media bombards us with references to post-traumatic stress disorder, psychotic behavior, and even the assurance that an individual is ‘just crazy.’ Psychologists use some of these terms, but they use them in a precise manner. The modern science of psychology is the result of a long process of experimental observation and theory crafting.

Originally, psychologists had sought to quantify human behavior with ideals developed from the physical sciences. Behavior came to be viewed in terms that would be applied with equal validity to machines. For instance, there was a great deal of emphasis on provoking a desired response by means of a proper input, thus engineering behavior. Some psychologists and other social scientists felt that these terms dehumanized subjects.

Field methods in the human sciences demonstrate unequivocally that the only means of gaining this kind of objective parallax is to study other people, and to study ourselves as if we were other people, or by means of other people. This is known as a comparative approach and yet it is not without its own shortcomings and inherent weaknesses, as we risk the possibility of a non-reflexive view of others in the world, not as if they were people like ourselves, but merely as objects that have no greater than material significance.

The basis for understanding human systems theory as unique and separate from other kinds of natural systems resides in the patterning of human response in adaptation to the environment in general, and in the human being’s evolved dependency upon and pervasive use of symbolic mediation to achieve this form of adaptation. Critics of a symbolic approach would be quick to point out that such an conclusion leaves out the role of human tool use and tool construction methods in accounting for human adaptation. A symbolic perspective does not preclude the possibility of tool use, but in essence embraces it, and even implicitly mandates it. Tools, in their functional general application to a range of problems and scenarios, would be essentially the first sets of symbols that humans ever created for themselves. Tool use and function describe exactly complex processes that are fundamentally symbolic in pattern and structure. Tools as such are “symbolic devices” that work because the logic that stands behind them, however crude or rudimentary, is infallible.

The mechanistic view of human behavior was the result of taking behaviorist approaches to their extremes. Behaviorism and neo-behaviorism were revolutionary for their time. The idea was that complex behaviors could be seen as the result of measurable physical phenomena, which helped to demystify human psychology. Rather than be seen as a ‘soft science,’ psychology could be quantified and analyzed in terms that were closer to those of the physical sciences: concrete, testable, and repeatable.

In simple terms, the principles distilled by behaviorist research stressed the pleasure principle. This principle was the observation that animals (including humans) tend to avoid discomfort and prefer to seek their own pleasure in most situations. This is intuitively true and is supported by experimental psychology. The pleasure principle results in a tension within an organism between the urge to maximize pleasure and minimize pain. Behaviorist approaches were based upon this tension.

The most famous experimental example of classical behaviorism is Ivan Pavlov and his work with dogs. Simply put, Pavlov would ring a bell before feeding his animals, and they would respond by salivating. That’s right – Pavlov collected and measured the saliva output of his animals for science! Eventually, they learned to salivate for the bell, without food having to be present.

The most famous experimental example of neo-behaviorism is B.F. Skinner’s work with pigeons. Skinner trained his pigeons to peck at a light in order to receive a food reward. Later, he manipulated the lights in various ways to teach more complex behaviors. This included pigeons tapping on a ping-pong ball and bouncing it back and forth between them. In other words, the pigeons played ping-pong!

In sociology, systems thinking started earlier, in the 20th century. Stichweh states: “Since its beginnings the social sciences were an important part of the establishment of systems theory… the two most influential suggestions were the comprehensive sociological versions of systems theory which were proposed by Talcott Parsons since the 1950s and by Niklas Luhmann since the 1970s.” References include Parsons’ action theory and Luhmann’s social systems theory. Elements of systems thinking can also be seen in the work of James Clerk Maxwell, in particular control theory.

This theory is in direct contradistinction to the kind of socio-biological theory as is framed by E. O. Wilson’s sociobiological models and their elaborations within anthropology. The predisposition of human violence is probably deeply rooted in human nature, and may indeed have a number of genetic components influencing its expression and pattern of response in life. On the other hand, to claim a nebulous concept like “kin-fitness” implies a dimension of human sociality that, for the most part, simply does not exist, and this is what distinguishes us, as large brained, K-selected social mammals, from the small-brained, r-selected social insects. If many young men are induced into sacrificing their lives for their country, this induction is not biologically motivated or instinctually driven. It is symbolically mediated and manipulated, and there is usually a great deal of violent sentiment and shows of aggression involved in its expression.

As psychology is a comparatively young science, psychologists have often struggled to put their findings into terms, which are coherent to members of other sciences. While the discoveries of Pavlov and Skinner did suggest that psychology could be measured in some cases, the methodologies and techniques they developed did not always have the predictive power they had hoped.

As prediction is incredibly important in science, this posed a problem for members of the scientific community. What behaviorist approaches did well was explaining the process of learning relatively simple or incremental tasks. What they did poorly was explain the acquisition of more complex tasks, such as language. Behaviorist experiments, including the two famous ones, were most commonly performed on animals. Critics suggest that the principles uncovered by these experiments are not as easily applicable to more complex human behaviors.