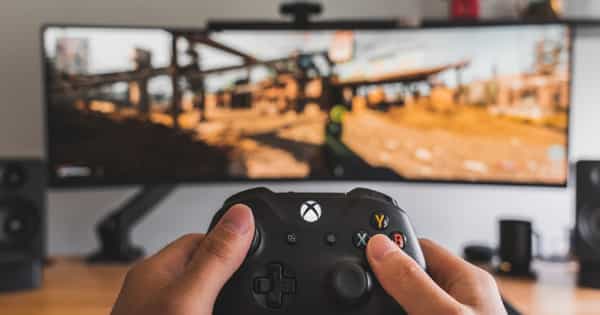 The vast majority of children and adolescents participate in video gameplay. Although many children enjoy them in moderation and with no negative consequences, others become obsessed with them. When a child neglects homework to play games, or stays up all night gaming and is too tired to get up for school the next day, parents may become concerned. Some parents notice that their child rarely interacts with others in person and spends all of his or her free time playing video games. Some children begin to conceal how much they play.

According to a study conducted by the Center for Gambling Studies at Rutgers University-New Brunswick, middle-school-aged children who use the internet, social media, or video games recreationally for more than an hour each day during the school week have significantly lower grades and test scores.

The findings have been published in the journal Computers in Human Behavior. According to the researchers, the findings provide parents and children with a reasonable time limit for using entertainment-related technology: no more than one hour per day during the school week and four hours per day on weekends.

Middle-school-aged children who use the internet, social media, or video games recreationally for more than an hour each day during the school week have significantly lower grades and test scores.

Despite the fact that parental control apps for various devices have become common and easily accessible, there is still debate about how much time a child or teenager should spend in the digital world. A new study from Rutgers University provides an answer, at least for young teens: no more than an hour per day on school days unless you want to jeopardize their academic performance.

“Interactive technology is widely used to promote children’s educational access and achievement,” said lead author Vivien (Wen Li) Anthony, an assistant professor of social work and a research associate at the Rutgers Center for Gambling Studies. “Technology was critical in facilitating remote learning during the COVID-19 pandemic. Simultaneously, there is growing concern that excessive technology use, particularly for entertainment, may have a negative impact on children’s educational development by encouraging undesirable study habits and detracting from time spent on learning activities.”

The researchers, led by Professor Lia Nower of the Rutgers Center for Gambling Studies and a researcher from the Renmin University of China, examined data from the China Education Panel Survey, a national survey of children’s educational needs and outcomes in China. A total of 10,000 first-year middle school students were polled and tracked. They were 13.5 years old on average.

The findings revealed that children who spent four or more hours per day on the internet, social media, or video games for entertainment were four times more likely to skip school than those who did not. Boys used interactive technology for entertainment at a much higher rate than girls. Boys also performed worse and had lower levels of school engagement than girls.

You, as a parent, should have the most say in determining appropriate gaming limits for children and younger adolescents, and even for older adolescents under the age of 18. Excessive video gameplay can be avoided by establishing clear and consistent guidelines.

“Such findings are critical, especially given the recent shift toward online learning in countries around the world,” Anthony said. “In a learning environment that integrates the internet, children can easily move between educational and entertainment platforms while learning without alerting teachers or adults to alternate activities.”

According to Anthony, children in the study who used technology in moderation (i.e., less than one hour per day on weekends) experienced less boredom at school, possibly due to the positive effects of social media, video games, and video streaming such as peer bonding and relationship building. In moderation, using interactive technology for entertainment advanced children’s cognitive development.

Keep an eye on how the games are affecting your children. If they appear more aggressive after spending time playing a particular game, talk about it with them and help them understand how the violence depicted in the game differs from what happens in real life. This can help them identify less with the aggressive characters and lessen the negative effects of violent video games.

The findings suggest that parents limit their children’s use of interactive technology and that parents and teachers should help children develop effective time management and self-regulation skills in order to reduce their reliance on technology.