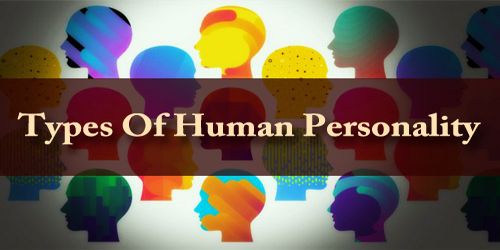 The term personality has been defined in many ways, but as a psychological concept two main meanings have evolved. The first pertains to the consistent differences that exist between people: in this sense, the study of personality focuses on classifying and explaining relatively stable human psychological characteristics. The second meaning emphasizes those qualities that make all people alike and that distinguish psychological man from other species; it directs the personality theorist to search for those regularities among all people that define the nature of man as well as the factors that influence the course of lives. This duality may help explain the two directions that personality studies have taken: on the one hand, the study of ever more specific qualities in people, and, on the other, the search for the organized totality of psychological functions that emphasizes the interplay between organic and psychological events within people and those social and biological events that surround them.

People love learning about their personalities and take tests hoping to reveal what type they are. Yet, experts have long said personality types are mythical: Personality exists along a continuum. Though a recent study is debunking that idea.

A study published in Nature Human Behavior reveals that there are four personality types average, reserved, role-model and self-centered and these findings might change the thinking about personality in general.

One of the more influential ideas originated in the theoretical work of The Swiss psychiatrist Carl Gustav Jung as published in the book Psychological Types. The original German language edition, Psychologische Typen, was first published by Rascher Verlag, Zurich, in 1921. Typologies such as Socionics, the MBTI assessment, and the Keirsey Temperament Sorter have roots in Jungian theory.

Jung’s interest in typology grew from his desire to reconcile the theories of Sigmund Freud and Alfred Adler, and to define how his own perspective differed from theirs. Jung wrote, “In attempting to answer this question, I came across the problem of types; for it is one’s psychological type which from the outset determines and limits a person’s judgment.” He concluded that Freud’s theory was extraverted and Adler’s introverted. Jung became convinced that acrimony between the Adlerian and Freudian camps was due to this unrecognized existence of different fundamental psychological attitudes, which led Jung “to conceive the two controversial theories of neurosis as manifestations of a type-antagonism.” (Jung, 1966)

People fall into one of the four types based on how they rank on the big five personality traits: openness, agreeableness, extraversion, neuroticism and contentiousness. Understanding how high or low someone ranks on each of the traits can be useful and predict things about people, such as their risk of mental illness or likelihood of divorcing. But it’s not an exact science.

“Everyone has variation on the big five,” Adler explained. “Personality is not categorical. It is dimensional.”

The four personality types include:

According to Jung, the psyche is an apparatus for adaptation and orientation and consists of a number of different psychic functions. Among these he distinguishes four basic functions:

The eight psychological types are as follows:

Jung theorized that the dominant function characterizes consciousness, while its opposite is repressed and characterizes unconscious behavior. Generally, we tend to favor our most developed dominant function, while we can broaden our personality by developing the others. Related to this, Jung noted that the unconscious often tends to reveal itself most easily through a person’s least developed inferior function. The encounter with the unconscious and development of the underdeveloped functions thus tend to progress together.

The researchers found that personality isn’t static. People evolve. Teen boys tend to be overly represented in self-centered personality while older people make up a large portion of the role models. These personality types describe healthy people. Even though it might sound bad to be neurotic, average people experience varying levels of neuroticism.