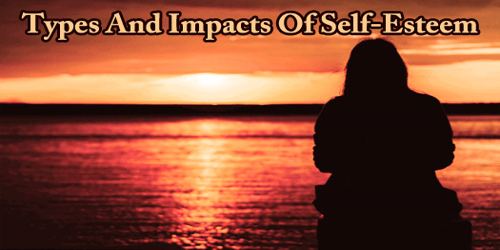 Types And Impacts Of Self-Esteem

“Self-esteem is the judgment or opinion we hold about ourselves. It’s the extent to which we perceive ourselves to be worthwhile and capable human beings.” (Coopersmith, 1967)

Self-esteem is an individual’s subjective evaluation of their own worth. Self-esteem encompasses beliefs about oneself (for example, “I am unloved”, “I am worthy”) as well as emotional states, such as triumph, despair, pride, and shame. Smith and Mackie (2007) defined it by saying “The self-concept is what we think about the self; self-esteem, is the positive or negative evaluations of the self, as in how we feel about it.”

Confidence in one’s value as a human being is a precious psychological resource and generally a highly positive factor in life; it is correlated with achievement, good relationships, and satisfaction. Possessing little self-regard can lead people to become depressed, to fall short of their potential, or to tolerate abusive relationships and situations.

Too much self-love, on the other hand, results in an off-putting sense of entitlement and an inability to learn from failures. It can also be a sign of clinical narcissism, in which individuals may behave in a self-centered, arrogant, and manipulative manner. Perhaps no other self-help topic has spawned so much advice and so many (often conflicting) theories.

Self-esteem is an attractive psychological construct because it predicts certain outcomes, such as academic achievement, happiness, satisfaction in marriage and relationships, and criminal behavior. Self-esteem can apply to a specific attribute (for example, “I believe I am a good writer and I feel happy about that”) or globally (for example, “I believe I am a bad person, and I feel bad about myself in general”). Psychologists usually regard self-esteem as an enduring personality characteristic (trait self-esteem), though normal, short-term variations (state self-esteem) also exist. Synonyms or near-synonyms of self-esteem include many things: self-worth, self-regard, self-respect, and self-integrity.

The confident person is easily spotted and commands attention. But there’s a healthy balance between too little and too much self-worth. Here are some signs that an individual has the right dose.

Low Self-esteem: It is a hopeless condition that keeps individuals from realizing their full potential. A person, who has low self-esteem, feels incompetent, unworthy, and incapable. In fact, persons with it feel so poorly about them; these feelings make the person remain with continuous low self-esteem. Shilling (1999) states that it is a trait of financially unsuccessful people, which in turn results in low risk-taking ability.

High Self-esteem: People who have high self-esteem generally feel good about their ability to participate, confident in social situations, and happy with the way. Generally, they have the following things, they are confident, they have a good sense of self-worth, they are positive, encouraging, and supportive to others, and they possess good communication. They are extrovert, energetic, ambitious, and they learn from their mistakes. These things give them to strength and flexibility to take charge of their lives and grow from mistakes without any fear.

Narcissism is a disposition people may have that represents an excessive love for one’s self. It is characterized by an inflated view of self-worth. Individuals, who score high on narcissism measures, Robert Raskin’s 40 Item True or False Test, would likely select true to such statements as “If I ruled the world, it would be a much better place.” There is only a moderate correlation between narcissism and self-esteem; that is to say that an individual can have high self-esteem but low narcissism or can be a conceited, obnoxious person and score high self-esteem and high narcissism.

Threatened egotism is characterized as a response to criticism that threatens the ego of narcissists; they often react in a hostile and aggressive manner.

Self-esteem plays an important role in how well the people do in their lives, which is not obvious to them so that it can determine how successful they become.  Shilling (1999) also states that people with higher self-esteem seek to diversify their investment portfolios. People with higher levels of self-esteem will be motivated to preserve and improve their socioeconomic status. As a result, individuals with higher levels of self-esteem may derive a greater utility stream from wealth due to the status and self-image enhancement it provides. Korman (1970) finds that individuals with it are likely to be higher achievers in all performance-oriented tasks than those with lower self-esteem because they will be more conscientious about better performance in order to maintain perceived self-worth. Studies have also related self-esteem to investment decisions and trading practices of investors. Assuming that men have higher self-esteem, they are found to trade excessively and underperform in this context (Barber and Odean, 2001).

In research conducted in 2014 by Robert S. Chavez and Todd F. Heatherton, it was found that self-esteem is related to the connectivity of the frontostriatal circuit. The frontostriatal pathway connects the medial prefrontal cortex, which deals with self-knowledge, to the ventral striatum, which deals with feelings of motivation and reward. Stronger anatomical pathways are correlated with higher long-term self-esteem, while stronger functional connectivity is correlated with higher short-term self-esteem.