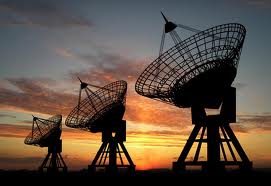 Television is a medium which attract a wide audience. It is an ideal tool for information, communication, education, entertainment and news etc. Television is like a window to see outer world. Through this window we can see what is happening around us. In Bangladesh there are many television channels. These televisions channels are working as strong electronic media in our country. These channels have created so much competitive field among them that continuously surfing those channels has become a habit for us. Thus a research was conducted through questionnaire survey to extract the information based on the perception of the audience about the electronic media in our country.

This report entitled ‘Urban Based Electronic Media Preferences Analysis’ is a fundamental requirement for the completion of the course Marketing Research (MKT-409). The main purpose of this report is to extract the information of the electronic media in the context of Bangladesh using specific research method. Under the instruction and guidance of the course instructor Mr. Shamsad Ahmed, we have taken the initiative to conduct the research and prepare this report with much precision and by being completely unbiased. The primary objective of the report is—

To analyze on the issue ‘Urban Based Electronic Media Preferences Analysis’.

To disclose the precise scenario of the electronic media through survey and SPSS software.

To analyze and recommend on the mentioned issues.

The secondary objective to prepare this report is—

To fulfill the requirements of our course Marketing Research.

To have a clear understanding about the activity of specific research technique that is survey.

To illustrate the position of Electronic Media based companies.

To analyze the audiences demographic profile.

To identify the audiences preference.

To have a clear understanding about the SPSS software.

To fulfill the requirements of our course “Marketing Research”.

To gather experience and knowledge of doing a professional report.

This research study will cover the topic “Urban Based Electronic Media Preferences Analysis’” and its related issues. It also includes recommendations against the selected issues. This report can be used as a secondary source for the Electronic Media based companies.

Primary data is defined as data which originates as a result of that particular investigation. We have collected primary data through questionnaire survey with various people. The primary data related to Electronic Media of Bangladesh was collected from the audiences by the method of survey that we conducted. Structured close ended questions were constructed to extract the primary data.

Secondary data represents the data which are made by others but it is useful for another purpose or research. As a part of collecting data from secondary sources, we have referred different books of Marketing Research. We collected our data from the magazine, news paper, libraries and also from the websites.

No study is beyond any limitations. While doing this research study we had to face some difficulties. The limitations of the research activities are as follows—

We did not have so much experience for conducting research and preparing the report very frequently, though we are in learning position.

In questionnaire survey some participants were unenthusiastic to provide enough information.

The respondents hid their personal information.

There was lack of precise information; both primary and secondary.

There was not enough time to analyze the selected issues.

Our resources (such as, human resource, financial resource, etc) were limited. So it was hard for us to prepare a professional report with our limited resources.

First time ever we are using the SPSS software.

The design of the research that we carried to explore the opinion of the audiences of electronic media was conclusive to large extent. The research was formal and structured. It is based on large, representative sample, and the data obtained from the research will be used for Managerial decision making.

The size of the sample for the research was 500 respondents. The procedure adopted for sampling was Non Probabilistic Quota Sampling. The quota was formed based on occupations. The numbers of respondents was restricted by ten categories of occupations.

The basic instruments used for the research were:

For analyzing the data, we used SPSS software. The questionnaire consisted of ten close ended questions. The questions were basically formed with the purpose of providing descriptive information regarding the electronic media of Bangladesh. The data analyzed provided the information regarding the channel preference, program preference, factor preference, ranking of the channels, favorable program, unfavorable program and demographic profile of the respondents.

The factors for influencing the audiences were analyzed by factor reductions. This was done to separate the factors in two groups based on similarities in meaning.

The demographic profile of the respondents was used to formulate three clusters. The clusters were differentiated by the characteristics like gender, age, occupation, family members and family income.

We have surveyed total 500 respondents (audiences). 342 of them were male and rests of 158 were female. That is out of the total respondents who were surveyed, 68 per cent of them turned out to be male whereas the rest 32 per cent were female. This vast difference is due to the number of respondents that were kept under each occupation.

a. Convergence achieved due to no or small change in cluster centers. The maximum absolute coordinate change for any center is .000. The current iteration is 2. The minimum distance between initial centers is 498500.000.

Number of Cases in each Cluster:

BanglaVision is a new satellite TV channel that pledges to play a positive role in building the nation through healthy entertainment. It’s program lineup includes dramas, talk shows, feature films, entertainment programs etc and eight news bulletins in Bangla and one in English.

For the first time ever you can watch uninterrupted coverage of Asia’s leading international TV channels, over the Internet.

Bangladesh Television is a government owned TV station. Very few broadcasts contain information about the political opposition until the general elections become nearer and the government in power takes control.

ATN Bangla is the first Bengali digital cabletelevision channel. It transmits from its studio in Dhaka, Bangladesh. The channel is transmitted in South Asia, the Middle-east, Europe, and North America. The channel offers a wide variety of programming including news, movies, dramas, talk shows, and more.

Channel-i, a Bangla-language channel, offers entertainment for the whole family and was the first digital Bangla channel in Bangladesh. Channel-i, one of the most highly rated Bangla channels, has become very popular among views for its wide range of programming including dramas, mega serials, musical programs, live interactive talk shows, magazine programs, agricultural programs and informative news bulletins broadcast 4 times a day.

NTV is a Bengali language satellite television channel based in Bangladesh. It started operation in 2003. It was founded by Mosaddeq Ali Falu, a politician and former Member of Parliament from the ruling Bangladesh Nationalist Party. It is one of the most popular Bengali TV channels in the country. In the anniversary of the channel, the founder expressed interest in creating NTV2 to satisfy the watchers further, but however it is a matter of fun now that he is in jail and, all of his properties have been seized by the government. The channel broadcasts excellent coverage of news, soap shows, educational, religious and politics related programs.

Boishakhi Media Lid. is a private sector effort, dedicated to the creative presentation of television technology for Bangla speaking people all over the world. The company has established round-the clock satellite television channel aimed at the a worldwide audience with programming depicting Bangla culture, history, geography, people, language, and faiths responding to both national and international needs and demands. The name of the channel is “BOISHAKHI”.

Boishakhi has a very experienced team of programmed makers, technical and management consultants with intimate knowledge and experienced of running a television station. Boishakhi has its own digital facilities with a large scale studio, a dedicated news studio, news room with its own independent news

gathering facilities, computerized editing facility and in house transmission/broadcast facility based in

Boishakhi will maintain a high-level of quality, technical efficiency and reliability while keeping up to date with state of the art technology. Given the need for a widely accessible platform Boishakhi intends to broadcast Globally, reaching out to a language group that is the world’s”4th most widely spoken” as declared by the United Nations.

It can be safely said that “Boishakhi” as a global and Bangla speaking channel will be available to 210 Million Bangalis worldwide.

RTV is a satellite television channel broadcast from Bangladesh. It started operation on 26 December2005.[1] It mainly broadcasts programmed in Bengali language.

Ekushey Television (ETV) was the first private terrestrial channel in Bangladesh. Official transmission began on April 14, 2000, after a very short time of transmission it became the voice of the nation and the most popular TV channel in Bangladesh through its news and other innovative programs. However, it was closed down on August 29, 2002, when Managing Director Simon Dring and three other executives were charged with fraud. Dring, a British journalist, had his visa and work permit cancelled.

Channel One is a Bengali language satellite television channel from Bangladesh. It started broadcasting from Dhaka on 24 January2006. [1]

It is owned by the Masud Entertainment Limited, a sister concern of One Group.

The channel’s journalists include Saiful Hasan, Saiful A Chowdhury, Shujon Mehedi, Shamim Al Amin and K U Biplob. Its producers include AKM Nazim, MAK Tuhin, Rana Islam and Iqbal Khokon. It uses final cut pro machines for video editing, and is the only channel that uses ENPS for news networking.

The positive value that the two variables have a correlation. The maximum value that can be extracted is 1 which states the strongest relation among the variables.

The suitability of data for factor analysis depends on two measures: KMO index and Bartlett’s test. To be a suitable data, a data need to have a KMO index with minimum value of 0.6 and the Bartlett’s test for sphericity should be less than less than .05.

Therefore, we can go for the Factor extraction.

By the Kaiser’s criterion, the factors with eigenvalue equal to or greater to 1 are retained for further investigation. The eigenvalue of a factor represents the amount of the variance explained by that factor.

Out here, there are four components with eigenvalue greater to 1.

Therefore, these values will be taken for further analysis.

As we know that Kaiser’s criterion results in the retention of too many factors, therefore we need to go through Scree test. By the Scree test the factors above the elbow, or break in the plot, as the factors are considered to be the factors that contribute the most to the explanation of the variance in the set.

In this case, there are two factors that are above the elbow.

Television is playing a good role in our country. Though several television channels are operating in our country all of them are not providing same services. They have to count every nick of time in news presenting and other programs presenting. Analyzing the urban based electronic media preference the following result can be summarized in conclusion—

Out of the 500 respondents, who participated in the survey, most of them turned out to be audiences of NTV and their first preference was also NTV as it provides realistic news and quality programs.

Most of the audiences mentioned that news is their first preference.

Most of the audiences stated that NTV are presenting realistic news.

According to the audiences magazine program Ittady is their most favourite program.

Talkshow programs are the most disliked by the audiences.

Audiences want to watch programs with clear picture and sound.

Audiences want to watch programs that started at the mentioned time.

So much commercial Ad is not expected by the audience.

TV channels involved in public welfare are expected by the audiences.

We are very pleased to have such a wonderful experience in getting this report to existence, and we feel inculcated to do such a report on such an interesting topic. This study will help us to explore the preferences of the audiences of the TV channels.