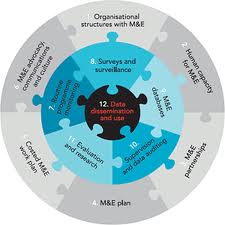 Report on Evaluation of the System

The new evaluation of the system was run for 3 weeks, so that the management would be able to be sure that the new system does work well in the real conditions, with the actual data. The problems spotted in a (ii) of the analysis phase were seen to have been solved in a systematic & feasible way. Throughput in transaction and customer service has become faster. The management had more return than previously using the manual system. The staff now seemed to enjoy their work, especially the receptionist since his workload is logically reduced. There are now less or almost no calculation errors in the transaction processes. The management are satisfied because their cost of handling and maintaining the system has been reduced greatly, as accommodating large storage space and unnecessary employees, i.e. file manager are no longer required. The fast processing of transaction, search, deletion and report generation has made this system more contemporary and suitable for the processing needs of Swift Cabs relative to the previous manual (fully paper based) system. The new system is far better than the existing manual solution in terms of cost, flexibility, efficiency, reliability and accessibility. One of the more vital features of this system was the security password that bared unauthorized users from accessing the system. This has increased the system’s robustness and reliability in many ways that will be described later in this phase and was therefore a well appreciated addition to this system.

In order to find how well the new system works in reality, a questionnaire was created which was handed to the people who walked in and out of this system these 3 weeks that is the employees related to the transaction and data storage of the system. The questionnaire had been designed in an easily understandable way so that the employees can answer them only by ticking against their desired answer from the options present to right of each question. From the answer, judgment has been made on whether the new system has been able to fulfill the requirements or whether there are modifications that are still needed to be made.

So the major problems which were asked by the business to be solved by the computerized system had been rectified and the system effectively satisfies all the requirements of the end user that were identified in the analysis phase.

Effectiveness of the developed software against success criteria:

A more rigorous emphasis is given on certain points in the comparison of different aspects of the system. These points include:

The aspects of the system considered include:

User testing of the System:

Just like above, data were provided by the receptionist for all the forms which were then entered. All of these data were handled by the system well and no faults, whatsoever have yet being discovered in the system.

This system by default may have some weaknesses. These are unavoidable ones and most of them did occur due to the limitations of the present day technologies. Although these weaknesses will not influence the normal functioning of the system and the ordinary user might never notice them but it is better to relate them in advance. Some of the common ones are stated as follows:-

Lack of flexibility: Since the database connections have been made folder specific, the software will not run unless the database is kept in the destination folder it was supposed to be in.

Vulnerability of the system: The system might still have some bugs as it has been rapidly developed. Accidental missing or deletion of files required to run system from their destination folders can lead to malfunctioning of the whole system.

The handicap: the system’s performance greatly depends on the hardware and software used along with it, i.e. the system may not be designed to be compatible with multiple types of operating systems.

Shortcomings of the new system:

Every system has some degree of imperfection instilled into it. These are inherent ones and cannot be ignored though these could be reduced by carefully creating the system and spending more time with it. Since my exams are almost at the door, I could not spend enough time with the software solution that I produced and so the following shortcomings resulted. Again although these will not harm the overall efficiency of the system, but it is important to state them in advance:

The implementation of the new system did not reduce the volume of work from it has been before this system was installed, that is, the new system has only taken over the manual process into a computer.

Security measures have been provided but the system cannot protect data against deliberate editing and deletion. Alerts are displayed before unnecessary editing and deletion of any piece of data, but this only secures the data from accidental deletions.

The reports, payment slip and even the interface of the system could be better designed, with a more professional look. In further development a more customized version of the outputs may be created according to the will of the management.

Validation and verification rules are mostly functional and prevent incorrect input and manipulation of data but still some mistakes may occur. Transposition error is one that whose detection is virtually not possible here.

The help facilities provided in the system could have been in more detail.

Searching options could have been more diverse so that user can search with all possible ways.

Error messages provided during validation check could have been more precise and could also guide the user for the right method of data entry.

The user guide manual could be more in-depth and in detail.

Strengths of the system:

The system provides an easy-to-use and learn interface.

It provides to all the needs of the user.

Backup can easily be maintained.

The speed and pace of processing output.

Portability of data produced or used by the system.

Accuracy of calculations performed by the system.

Compatibility of further development and improvement.

Magnetic strip containing the driver ID cards could be used

Card reading system could be applied and card readers could be used at the receptionist’s desk to read off the driver info from the magnetic strip in the driver ID cards, for direct capture of necessary information.

Better formats of payment slips and reports could be created.

An automated system of Backing-up the data could be used to make back-up copies of the files updated each day after the working hours with out the intervention any humans.

The GM wants to integrate all of his staff in his branch and wants to stay connected to the other branches. So he plans to install WiFi/WLAN in this branch. This would also mean that the customers who will wait for their turn of transaction will not feel bored and leave.

Online help and support should be included on further development to increase the system’s reliability and functionality.

The system could have included the accounts management

Profit and loss can be analyzed in spreadsheet using charts and graphs. What-if analysis can be performed.

Implementation of an alternative input procedure like voice recognition or direct data capture in the form by OCR (Optical Character Reader), which will quicken the process and escalate the efficiency.

Credit card readers could be included and integrated with this system to increase its functionality.

GPS tracking devices could be fitted on to the cabs and integrated with the computerized system of the branch the cab belongs. This will enable the management to monitor the motion of the their cabs, communicate with the driver, observe the distance traveled by the cab, etc, enabling the management to virtually control their cabs from their  office.