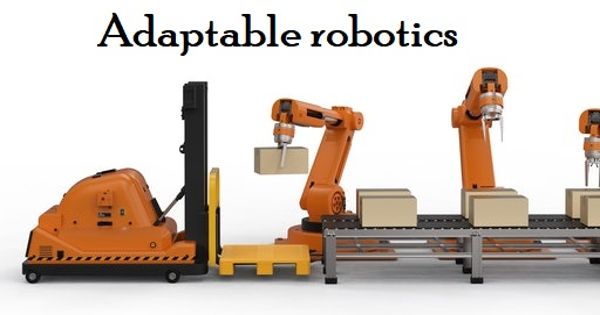 Robotics technology has created many never-before-seen applications over the last decade. Adaptable robotics is generally based on robot developer kits. “Adaptive” is the word that precisely describes the characteristics of the new generation robot. This technology is distinguished from static automation due to its capacity to adapt to changing environmental conditions and material features while retaining a degree of predictability required for collaboration (e.g. human-robot collaboration). Traditional robots work without adaptability: parts must be at a fixed position and orientation; no disturbance is allowed while at work.

Adaptive robots are not just intelligent but are also instrumental and interconnection based. Indeed, decisions are based on the information gathered from a vast IoT database, enabling such robots to sense and act on their environment.

The degree of adaptability is demonstrated in the way these can be moved around and used in different tasks. It combines high-performance force control, computer vision, and advanced AI technologies, which enables the robot to adapt to complicated environments and accomplish better “hand-eye” coordination like a human does. Unlike static or factory robots, which have a pre-defined way of operating, adaptable robots can function even if a component breaks, making them useful in cases like caring for the elderly, doing household tasks, and rescue work. It can be applied in diverse industries such as automotive, consumer electronics, aerospace, agriculture, logistics, health care, and retailing. 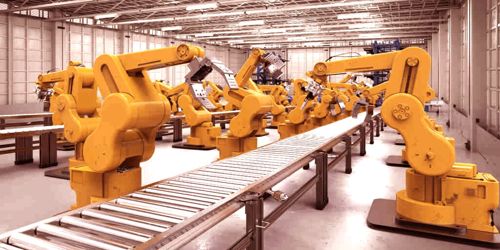 The kits come with an open software platform tailored to a range of common robotic functions. Adaptable fixtures provide surface contact with the workpiece and therefore can adapt to the workpiece geometry. The kits also come with common robotics hardware that connects easily with the software (infrared sensors, motors, microphone, and video camera), which add to the capabilities of the robot. These fixtures are shown to have several advantages over conventional fixtures. Adaptive robots are the third generation robot. They have more technology that makes them adapt to their environment.

In comparison, conventional robots usually have position-control, which means that they move from one point to another. They lack the ability to control the force required to make the maneuver, thus, needing strict safety controls. The process of modifying a robot to achieve varying capabilities such as collaboration could merely include the selection of a module, the exchange of modules, robotic instruction via software, and execution. Though most applications of such advanced robotics, such as Big Dog are targeted for various military and scientific projects, they are fascinating for the potential they hold for the future of manufacturing.