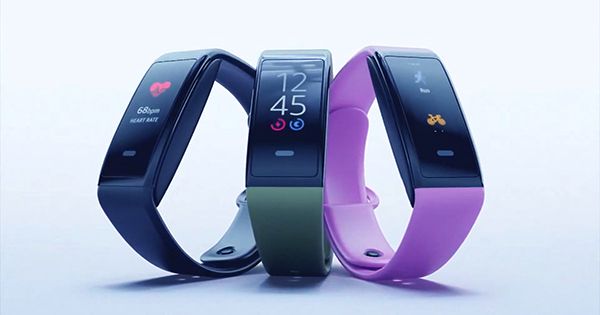 Amazon takes on Fitbit with the $80 Halo View

Amazon has now released Halo View, a year after releasing its initial fitness band, Halo, the business isn’t quite ready to dive headfirst into the wristwatch market just yet, but the recently launched Halo View obviously has the Google-owned Fitbit brand in mind.

The device doesn’t quite compete with Huawei’s monopoly on the low end of the fitness band market, but its $80 price tag (which includes a year of the company’s Halo service) is quite competitive in the mid-tier — notably among those with built-in displays.

The device features a color AMOLED touchscreen with haptic feedback that responds to your actions in real-time. The wearable is swim-proof and has a week’s worth of battery life, which can be charged in 90 minutes. Built-in sensors track exercise, sleep, and blood oxygen levels in real-time. A variety of content features are included with the new gadget. With hundreds of built-in video courses from trainers like Michael Hildebrand, Elena Cheung, and Elizabeth Andrews, Halo Fitness competes with Apple’s Fitness+. Halo Nutrition is also new, and it’s aimed to assist people to develop healthy eating habits.

All of this is included in the Halo software package. During Halo Fitness workouts, real-time fitness measurements gathered with the device are shown on the screen in real-time, just like Fitness+. “In time for the holidays,” the Halo view will be available in three band colors (with additional bands sold separately). Senator Amy Klobuchar noted that the first Halo sparked privacy concerns, saying, “Recent reports have raised concerns the Halo’s access to this comprehensive personal and private health information.” The Halo appears to collect an unusual amount of personal data among publicly available consumer health devices.”

After being launched earlier this month, the Fitbit Charge 5 has now become available for purchase, and Amazon has just announced a strong competition. The Amazon Halo View is the company’s newest fitness tracker, following in the footsteps of the first Amazon Halo’s success. The Amazon Halo View is a color touchscreen display with AMOLED technology that provides haptic feedback when you interact with it. You’ll be able to see various activity indicators as well as findings from the built-in health tracking sensors on this display. The Halo View includes the ability to measure sleep scores, as well as a blood oxygen (SpO2) sensor, a heart rate monitor, and even a skin temperature sensor.