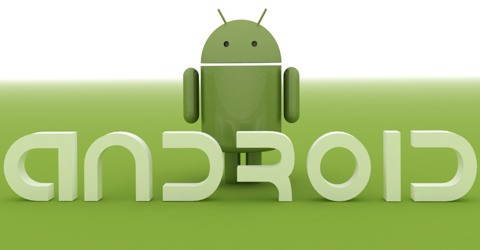 Android’s user interface is mainly based on direct manipulation, using touch gestures that loosely correspond to real-world actions, such as swiping, tapping and pinching, to manipulate on-screen objects, along with a virtual keyboard for text input. In addition to touch screen devices, Google has further developed Android TV for televisions, Android Auto for cars and Android Wear for wrist watches, each with a specialized user interface.

Android apps are written in the Java programming language and use Java core libraries. They are first compiled to Dalvik executables to run on the Dalvik virtual machine, which is a virtual machine specially designed for mobile devices.

Android’s source code is released by Google under open source licenses, although most Android devices ultimately ship with a combination of open source and proprietary software, including proprietary software required for accessing Google services. The success of Android has made it a target for patent (and copyright) litigation as part of the so-called “Smartphone wars” between technology companies.

It is developed in private by Google until the latest changes and updates are ready to be released, at which point the source code is made available publicly. This source code will only run without modification on select devices, usually the Nexus series of devices. The source code is, in turn, adapted by original equipment manufacturers (OEMs) to run on their hardware. Android’s source code does not contain the often proprietary device drivers that are needed for certain hardware components. Google provides major incremental upgrades to Android every six to nine months, with confectionery-themed names, which most devices are capable of receiving over the air. The latest major release is Android 7.0 “Nougat”.

The Guardian complained that the method of distribution for updates is complicated only because manufacturers and carriers have designed it that way. In 2011, Google partnered with a number of industry players to announce an “Android Update Alliance”, pledging to deliver timely updates for every device for 18 months after its release; however, there has not been another official word about that alliance since its announcement.

Developers can create programs for Android using the free Android software developer kit (SDK). Android programs are written in Java and run through a Java virtual machine JVM that is optimized for mobile devices. The “Dalvik” JVM was used through Android 4.4 and was replaced by Android Runtime or “ART” in Android 5.0. Users can download and install Android apps from Google Play and other locations.

In May 2016, it was announced that Google is considering “shaming” smartphone makers who fail to release updated versions of Android to their devices.

Research from security company Trend Micro lists premium service abuse as the most common type of Android malware, where text messages are sent from infected phones to premium-rate telephone numbers without the consent or even knowledge of the user. Other malware displays unwanted and intrusive advertisements on the device, or sends personal information to unauthorised third parties. Security threats on Android are reportedly growing exponentially; however, Google engineers have argued that the malware and virus threat on Android is being exaggerated by security companies for commercial reasons, and have accused the security industry of playing on fears to sell virus protection software to users. Google maintains that dangerous malware is actually extremely rare, and a survey conducted by F-Secure showed that only 0.5% of Android malware reported had come from the Google Play store. Third party monitoring software such as TaintDroid, an academic research-funded project, can, in some cases, detect when personal information is being sent from applications to remote servers.

Android applications run in a sandbox, an isolated area of the system that does not have access to the rest of the system’s resources, unless access permissions are explicitly granted by the user when the application is installed. Before installing an application, Play Store displays all required permissions: a game may need to enable vibration or save data to an SD card, for example, but should not need to read SMS messages or access the phonebook.

In Android 6.0 Marshmallow, the permissions system was changed to allow the user to control an application’s permissions individually, to block applications if desired from having access to the device’s contacts, calendar, phone, sensors, SMS, location, microphone and camera. Full permission control is only possible with root access to the device. Google uses Google Bouncer malware scanner to watch over and scan applications available in the Google Play Store.

In August 2013, Google released Android Device Manager (ADM), a component that allows users to remotely track, locate, and wipe their Android device through a web interface. In December 2013, Google released ADM as an Android application on the Google Play store, where it is available to devices running Android version 2.2 and higher. Android is an open source and free to use platform. It provides the developers a broad way to develop various kinds of apps and only for this reason it is one of the most highly demanded OS for mobile technologies. At present, throughout the world, android application development is being done rapidly. There are millions of android apps are available at present market. These apps are customization. Android has helped the business owners to get their visitors. In sales promotion, it has helped a lot. It’s a very popular OS among the mobile users and the numbers of android users are growing day by day. Boundless applications, easy accessibility, globally demand—all these make Android the unparalleled.

There is four major types of operating systems that work in mobile technology. These are: Android, Windows, Apple iOS and Blackberry. Android OS from Google, Windows OS from Microsoft, Apple OS from great Apple Inc. and Blackberry OS from another mobile giant Blackberry are now dominating the world with their technologies but Android has taken a lead role in this context. In the year of 2008, mobile lovers first realized the sweet taste of Android. Gradually it became the most popular OS. The application in Android phones or tabs can indeed be obtained easily and for free but the consequences in each of these applications will always be ads on display, either the top or bottom of the application.

Some phones or other devices become slow after installing many apps, Most of  Android phones or tabs are touch screen phones without keyboard (there are a few exceptions), And most of the features need Internet.

Applications are freely available in the Google play store. But still, these applications start showing tons of advertisements on the notification bar and over the application. This advertisement is very irritating and creates the huge problem in managing for Android phone or other device.