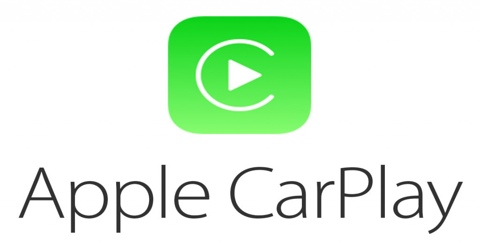 CarPlay is not an in-car system that runs iOS or iOS apps. It’s a connectivity solution that casts a familiar iOS interface to the car’s infotainment system display, allowing you to control select apps and your device either with said infotainment screen or your voice. Apple CarPlay offers automakers the ability to swap out the complicated and often clunky infotainment systems for a display that interfaces with the iPhone that few can live without. It offers carmakers the ability to swap standard infotainment systems for one that interlinks seamlessly with the iPhone – allowing user to control selected apps right from the car, using a familiar interface.

A while ago, Apple updated CarPlay for iOS 10, bringing greater functionality for the Apple Maps app. For the first time, Apple Maps is able to show turn-by-turn navigation instructions in a car’s instrument cluster – much like many built-in sat-nav systems already can do. It’s a big step towards making CarPlay feel more seamlessly integrated into a vehicle and less of an afterthought – as well as bringing it into line with competitor Android Auto, which has been doing it for a while.

Once users plug an iPhone into their car via a Lightning cable, it instantly casts the user interface they know and love on the in-car screen. User can then use some functionality of their iPhone without having to fumble around with it and take their eyes off the road. It’s safer, easier and more convenient – or that’s the idea, anyway.

A total of 40 automakers are selling over 100 models with CarPlay connectivity. For instance, you can the majority of brand-new, 2016 model year Cadillac, Chevy, GMC have CarPlay support today. Audi and Honda are rolling out vehicles with CarPlay with each new vehicle introduction or mid-cycle refresh. Some Hyundai and Kia models have hardware ready for CarPlay, but require a software update that will release later.

Ford promises SYNC 3 will get CarPlay support starting with 2017 model year vehicles, while existing 2016 vehicles will get it later this year.

Mercedes-Benz started rolling out support on some of the newer models, but not the entire lineup yet. The majority of Volkswagen’s car lineup, with the exception of the Toureg and Eos, support CarPlay.

Fiat Chrysler Automobiles pledged support for Android Auto with the next major release of Uconnect, but has yet to confirm what vehicles are getting it.

Siri is the voice assistance feature offered by the iPhone, and when connected to CarPlay it allows you to find contact numbers, listen to voicemails and will read out messages. You can also dictate responses and send them without taking your hands off the wheel. Siri also gives you access to iTunes for music, podcasts and radio, as well as various third-party apps like Spotify. Navigation is catered for with Apple mapping, giving you turn-by-turn directions, traffic conditions and an ETA. Again, you can use Siri to help plan journeys.

Which iPhone Models are Compatible with Apple CarPlay? CarPlay is compatible with all iPhones equipped with a lightning connector – which basically means anything from an iPhone 5 up, but specifically includes iPhone 5, iPhone 5c, iPhone 5s, iPhone 6, iPhone 6 Plus, iPhone 6s and iPhone 6s Plus.

Users likely already an iOS or Android user, and probably won’t be switching their allegiance based on car functionality. That said, Android Auto offers Google Maps, as well as more apps in general, and allows for more voice search across the platform. In a head-to-head battle, Android Auto wins by a hair, and is our Editors’ Choice.

But that’s not to discredit CarPlay. It performs significantly better with messaging, music, phone calls, and navigation than many similar built-in systems on the market. Siri integration makes it safe and simple to control most essential features without looking away from the road or lifting a finger. And when they do need to glance down, Apple’s menus are intuitive and easy to navigate. So if user already owns an iPhone and a CarPlay-compatible vehicle, it’s a win-win situation.