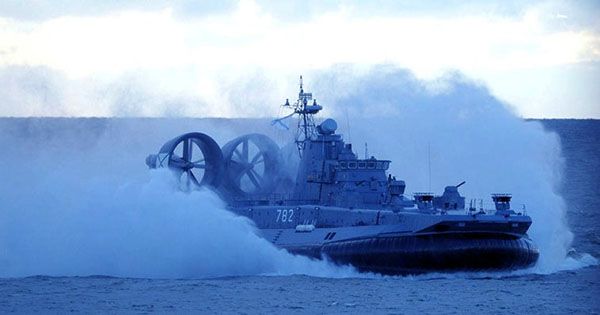 The empty “ghost” ship had no passengers between the Atlantic and the Pacific Ocean, no people. But these unmanned ships are not being directed to Hellbent for revenge and looting by a group of naked pirates. Instead, they are the latest autonomous ships tested by the U.S. military. The Office of the Secretary of Defense Strategic Capabilities (SCO) recently teamed up with the US Navy to confirm the success of the second long-range voyage of an autonomous ship.

The unmanned vessel, named NOMAD, traveled 8,187 kilometers (4,421 nautical miles) from the Gulf Coast to the Pacific coast via the Panama Canal. Notably, 98 percent of the journey through the Panama Canal ended in autonomous mode, free from humanitarian orders, excluding tariffs. The ship is epic part of the Ghost Fleet Overlord program, which saw another autonomous ship, the Ranger, complete a similar transit in October 2020. While they are silent on how ships work in reality, the idea is that they operate using artificial intelligence (AI) and machine learning.

According to the U.S. Navy, they are currently testing both Nomad and Ranger to mature the autonomy system, demonstrate the reliability of the system, and discover employment concepts for coordinated operations with humanoid fighters. The term “autonomous vehicle” is commonly associated with air drones and self-driving vehicles, but there is growing interest in autonomous ships traveling at sea with little-no-human input. For example, autonomous cargo ships are considered by some to be the inevitable next step in maritime shipping.

The autonomous ship has several sides. First, most marine accidents are caused by “human error” (just look at the recent blockade of the Suez Canal), so AI can prove to be a more important protective captain than humans. In addition, unmanned ships can be made lighter, using less space for crews, reducing fuel costs, environmental impacts and costs. Ships can also become less attractive to pirates if there is no crew to collect the ransom. As with any emerging technology, there are a number of barriers – reliability, accountability concerns, uncertain regulations and the threat of cybertax – but it appears that our oceans will be filled with autonomous ships in the very near future.