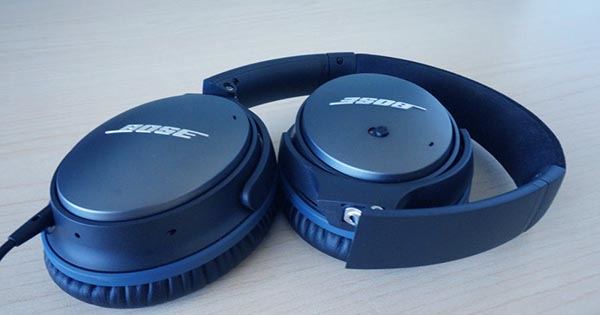 Bose introduced the next update to its well-loved over-ear headphones this morning, following a flurry of leaks. According to Bose’s stats, the QuietComfort 45 (which replaces the 35 II) has enhanced noise-canceling and 24-hour battery life. The air travel staples cost $330, which is $20 less than the QC 35’s original asking price.

The new headphones have a similar appearance to previous versions, with minor changes to make them more comfortable, lighter, and compact. There are two main modes on the headphones: Quiet and Aware.

Whereas some companies have gone totally to touch panels, Bose has physical buttons on the left ear cup for volume, power, and pairing, and one on the right for switching between noise-canceling modes. When using the built-in microphone for discussions, the voice has been optimized to isolate sound.

The battery has a 24-hour playback time and can be recharged through USB C. It takes two hours to go from zero to full, or you may get three hours in 15 minutes if you’re in a hurry.

Since Bose the first generation QuietComfort in 2000, the headphone category has changed drastically. With the QC 35, it became totally in 2016. The category has recently become even more crowded, thanks to some outstanding products from Sony and Apple, but Bose remains the most famous name in over-ear headphones, especially for regular travelers.

“[Data lakehouses] are a new category, and we believe there will be a lot of suppliers in this space. As a result, it’s a land grab. In an interview with TechCrunch, he remarked, “We want to fast race to develop it and complete the vision.” Ghodsi also noted that he is competing against well-funded rivals and that he needs the finances to compete well.

The QC 45 upholds the company’s commitment to simplicity. They’ll be available for purchase on September 23; perhaps by then, we’ll all be flying again.