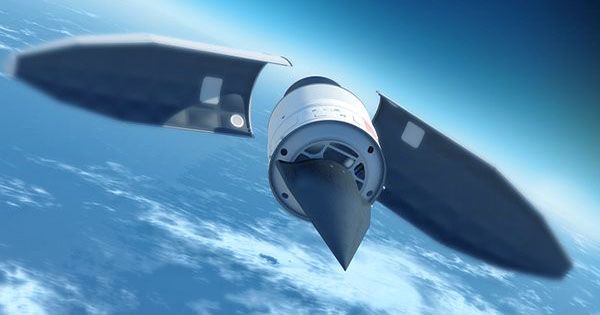 According to sources, China launched a new hypersonic missile this summer, which caught the US off guard because it currently lacks the capability to fight against hypersonic weapons. The Chinese government has refuted the claim, claiming that the alleged launch was of a spacecraft. According to unidentified sources, a nuclear-capable missile was launched on a Chang Zheng (– Long March) rocket, circled the globe in low-Earth orbit, and then approached its target at hypersonic speed. It appears that the missile missed it by 32 kilometers (20 miles).

According to the Financial Times, the vehicle was tested in August and is a hypersonic glide vehicle that skips through the upper atmosphere to deliver a potentially nuclear payload. Despite missing the target, China’s supposed advances in hypersonic technology in such a short time “caught US intelligence off guard,” according to the Financial Times. A source told the publication, “We have no idea how they did this.” The test of a hypersonic weapon denied Beijing.

In a news conference, Chinese Foreign Ministry representative Zhao Lijian said, “According to my understanding, this test is a routine spacecraft test, meant to test a reusable spacecraft technology.” “This could give humans a simple and inexpensive way to use space for benign purposes.”

Hypersonic missiles, like ballistic missiles, can carry nuclear payloads. They are more maneuverable than ballistic missiles and may reach their target five times quicker than the speed of sound. It is unclear if the US’s counter-missile defenses would be able to protect against a hypersonic missile attack. “What China has been doing on the hypersonic front has us very concerned,” US disarmament ambassador Robert Wood told reporters in Geneva. “We, like China and Russia, don’t know how to fight against that type of technology.”

The United States and China are not the only countries looking into hypersonic technology for military use. North Korea announced last month that it had successfully launched a hypersonic missile. Russia said to have tested one in 2018, while India is looking into the technology. The Pentagon has proposed $3.8 billion for hypersonic research in the fiscal year 2022, a $600 million increase over last year’s budget. However, the US Department of Defense considers hypersonic weapons prohibitively expensive.