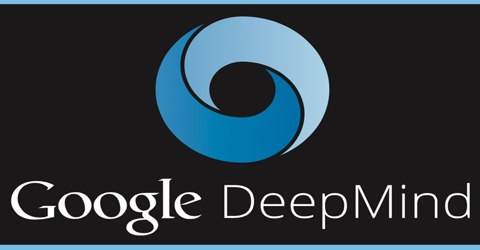 DeepMind is the world leader in artificial intelligence research and its application for positive impact. It (DeepMind) was founded in London in 2010 and backed by some of the most successful technology entrepreneurs in the world. Having been acquired by Google in 2014, DeepMind are now part of the Alphabet group. The company has created a neural network that learns how to play video games in a fashion similar to that of humans, as well as a Neural Turing Machine, or a neural network that may be able to access an external memory like a conventional Turing machine, resulting in a computer that mimics the short-term memory of the human brain.

The company (DeepMind) made headlines in 2016 after its AlphaGo program beat a human professional Go player for the first time.

After Google’s acquisition the company established an artificial intelligence ethics board. The ethics board for AI research remains a mystery, with both Google and DeepMind declining to reveal who sits on the board. DeepMind, together with Amazon, Google, Facebook, IBM, and Microsoft, is a member of Partnership on AI, an organization devoted to the society-AI interface.

In 2016, Google’s AI program, known as DeepMind, showed its makers it was capable of learning independently, teaching itself to beat the world champion in a game of Go!. It’s looking increasingly likely that artificial intelligence (AI) will be the harbinger of the next technological revolution. When it develops to the point wherein it is able to learn, think, and even “feel” without the input of a human – a truly “smart” AI – then everything we know will change, almost overnight.

That’s why it’s so interesting to keep track of major milestones in the development of AIs that exist today, including that of Google’s DeepMind neural network. It’s already besting humanity in the gaming world, and a new in-house study reveals that Google is decidedly unsure whether or not the AI tends to prefer cooperative behaviors over aggressive, competitive ones. Using games, a platform that Google’s DeepMind AI is terribly familiar with, researchers have been testing whether neural networks are more likely to cooperate or compete, and if these AI are capable of understanding motivations behind making that choice.

For the research, they used two games with similar scenarios for two AI agents, red and blue.

The Google researchers hope that the study can lead to AI being better at working with other AI in situations with imperfect information. As such, the most practical application of this research, in the short term, is to “be able to better understand and control complex multi-agent systems such as the economy, traffic systems, or the ecological health of our planet – all of which depend on our continued cooperation,” the study says.

At the very least, the study shows that AI are capable of working together and that AI can make “selfish” decisions.

As the founders of OpenAI, Elon Musk’s new research initiative dedicated to the ethics of artificial intelligence, said back in 2015:

“AI systems today have impressive but narrow capabilities. It seems that we’ll keep whittling away at their constraints, and in the extreme case, they will reach human performance on virtually every intellectual task.

It’s hard to fathom how much human-level AI could benefit society, and it’s equally hard to imagine how much it could damage society if built or used incorrectly.”