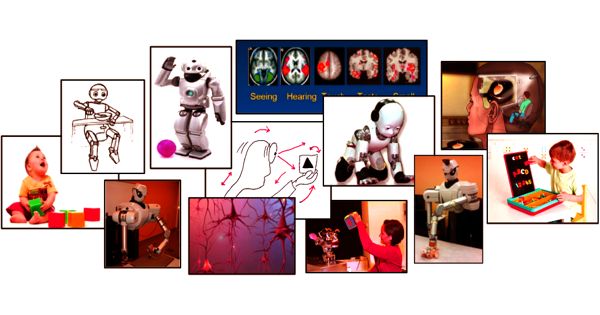 Developmental robotics is a collaborative and interdisciplinary approach to robotics that is directly inspired by the developmental principles and mechanisms observed in children’s cognitive development. It also known as DevRob, sometimes called epigenetic robotics, is a scientific field that aims at studying the developmental mechanisms, architectures, and constraints that allow lifelong and open-ended learning of new skills and new knowledge in embodied machines. It is a highly interdisciplinary subfield of robotics in which ideas from artificial intelligence, developmental psychology, neuroscience, and dynamical systems theory play a pivotal role in motivating the research.

Developmental robotics is a broad, new discipline that lies at the intersections of psychology, biology, artificial intelligence (AI), and robotics.

Developmental robotics is an emerging field located at the intersection of robotics, cognitive science, and developmental sciences. As in human children, learning is expected to be cumulative and of progressively increasing complexity, and to result from self-exploration of the world in combination with social interaction. Developmental robotics differs from traditional robotics and artificial intelligence in at least two crucial aspects. First, there is a strong emphasis on body structure and the environment as causal elements in the emergence of organized behavior and cognition requiring their explicit inclusion in models of emergence and development of cognition. 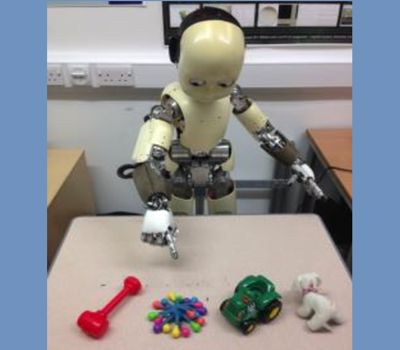 The main goal of developmental robotics is to model the development of increasingly complex cognitive processes in natural and artificial systems and to understand how such processes emerge through physical and social interaction. The typical methodological approach consists of starting from theories of human and animal development elaborated in fields such as developmental psychology, neuroscience, developmental and evolutionary biology, and linguistics, then to formalize and implement them in robots, sometimes exploring extensions or variants of them. It builds on the idea that the robot, using a set of intrinsic developmental principles regulating the real-time interaction of its body, brain, and environment, can autonomously acquire an increasingly complex set of sensorimotor and mental capabilities.

Robots created by direct programming tend to be brittle and fail in new situations not anticipated by the human engineer. The experimentation of those models in robots allows researchers to confront them with reality, and as a consequence, developmental robotics also provides feedback and novel hypotheses on theories of human and animal development. Robots are typically employed as testing platforms for theoretical models of the emergence and development of action and cognition – the rationale being that if a model is instantiated in a system embedded in the real world, a great deal can be learned about its strengths and potential flaws.

Developmental robotics is related to but differs from evolutionary robotics (ER). This volume, drawing on insights from psychology, computer science, linguistics, neuroscience, and robotics, offers the first comprehensive overview of a rapidly growing field. ER uses populations of robots that evolve over time, whereas DevRob is interested in how the organization of a single robot’s control system develops through experience, over time.