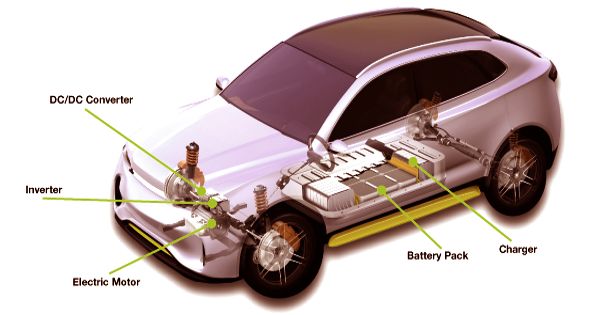 Electric-vehicle batteries differ from starting, lighting, and ignition (SLI) batteries as they are designed to give power over sustained periods of time and are deep-cycle batteries. As Zero-Emission Vehicles become a requirement in more areas of the world, the technology required to design and maintain their complex battery systems is needed not only by the vehicle designers but by those who will provide recharging and maintenance services, as well as utility infrastructure providers. Batteries for electric vehicles are characterized by their relatively high power-to-weight ratio, specific energy, and energy density; smaller, lighter batteries are desirable because they reduce the weight of the vehicle and therefore improve its performance. 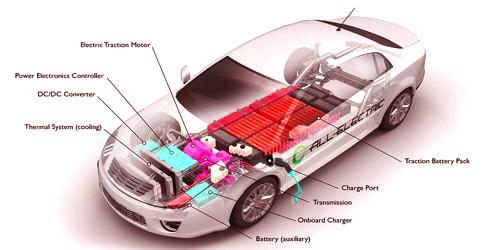 The most common battery type in modern electric vehicles is lithium-ion and lithium-polymer, because of their high energy density compared to their weight. Lithium-ion batteries have a high power-to-weight ratio, high energy efficiency, and good high-temperature performance. Other types of rechargeable batteries used in electric vehicles include lead-acid (“flooded”, deep-cycle, and valve regulated lead acid), nickel-cadmium, nickel-metal hydride, and, less commonly, zinc-air, and sodium nickel chloride (“zebra”) batteries. Nickel-metal hydride batteries are more widely used in hybrid-electric vehicles but are also used successfully in some all-electric vehicles. Lead-acid batteries are only currently being used in electric vehicles to supplement other battery loads. Current battery technology is designed for extended life (typically about 8 years or 100,000 miles). Some batteries and can last for 12 to 15 years in moderate climates, or eight to 12 years in extreme climates. The amount of electricity (i.e. electric charge) stored in batteries is measured in ampere-hours or in coulombs, with the total energy often measured in kilowatt-hours.

Since the late 1990s, advances in lithium-ion battery technology have been driven by demands from portable electronics, laptop computers, mobile phones, and power tools. All-electric vehicles have an electric traction motor in place of the internal combustion engine used in gasoline-powered cars. The BEV and HEV marketplace has reaped the benefits of these advances both in performance and energy density. Unlike earlier battery chemistries, notably nickel-cadmium, lithium-ion batteries can be discharged and recharged daily and at any state of charge.  Lithium-ion batteries have a high energy density and are less likely than other types of batteries to lose their charge when not being used.