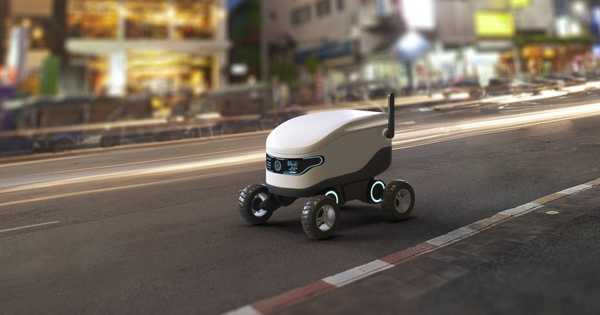 According to a University of Michigan study, whether a robot or a person delivers your package, the carbon footprint is essentially the same, which could help inform the future of automated delivery as the pandemic fuels a dramatic increase in online shopping.

The researchers investigated the environmental impacts of advanced residential package delivery scenarios that employ electric and gas-powered autonomous vehicles and two-legged robots to transport goods from delivery hubs to neighborhoods and then to front doors. They compared those effects to the traditional method of hand-delivery by a human driver.

They discovered that, while robots and automation contribute less than 20% of a package’s footprint, the vehicle emits the majority of greenhouse gas emissions. The footprint of the package is primarily determined by the vehicle’s powertrain and fuel economy. According to the researchers, switching to electric vehicles and lowering the carbon intensity of the electricity they run on could have the greatest impact on sustainable parcel delivery.

Their research is a life cycle analysis of greenhouse gas emissions from birth to death for 12 suburban delivery scenarios. It is distinct in that it does not simply total emissions from the delivery process. It also includes greenhouse gases emitted during the manufacturing of the vehicles and robots, as well as when they are disposed of or recycled at the end of their lives.

Whether a robot or a person delivers your package, the carbon footprint would essentially be the same, according to a new study that could help inform the future of automated delivery as the pandemic fuels a dramatic rise in online shopping.

“We discovered that the energy and carbon footprints of this automated parcel delivery system in suburban areas were comparable to those of traditional human-driven vehicles. The benefits of improved fuel economy gained through vehicle automation were offset by higher electricity loads resulting from automated vehicle power requirements “said Gregory Keoleian, the Peter M. Wege Endowed Professor of Sustainable Systems at the University of Michigan School of Environment and Sustainability and a civil and environmental engineering professor.

“The vehicle-use phase is the single largest contributor to greenhouse gas emissions across all delivery systems studied, highlighting the need for low-carbon fuels for sustainable parcel delivery. Decarbonizing grids while deploying electrified vehicles is critical.”

Optimizing ‘the last mile’ in a surging package delivery market

E-commerce and COVID-19-related demand for contactless delivery have sparked industry interest in robots and autonomous vehicles to improve efficiency. UPS and Waymo, for example, are testing an autonomous delivery van in Arizona. Ford Motor Company and Agility Robotics are investigating the use of a two-legged walking robot to transport packages from the delivery van to the customer’s door. Amazon and FedEx are also testing drones and self-driving delivery robots.

According to Allied Market Research, the automated last-mile delivery market has the potential for sevenfold growth and could reach $11.9 billion by 2030. The final leg of a product’s journey from a local distribution center to the customer is referred to as the “last mile.” It is also the most costly, carbon-intensive, and energy-inefficient link in the supply chain.

According to studies, automated last-mile approaches have the potential to reduce delivery costs in cities by 10% to 40%. However, the environmental consequences of automated approaches should be investigated before they are widely used, according to the researchers.

They investigated internal combustion engine and battery electric powertrains on two sizes of delivery vehicles: a 120-cubic-foot van similar to a Nissan cargo van and a 350-cubic-foot model based on the Ford Transit full-size cargo van.

They discovered that conventional delivery with the smaller, electric van had the lowest carbon footprint (167 grams of CO2 per package). The largest package, weighing 486 grams, came from the partially automated scenario, which used the larger, gas-powered van and a two-legged robot.

“The findings suggest that automated delivery systems may have slightly higher life cycle greenhouse gas emissions than conventional delivery systems for smaller-sized vans, but there is potential for emissions reduction for larger-sized vans,” Keoleian said. “When compared to the conventional scenario, full automation results in comparable greenhouse gas emissions for the large gasoline-powered cargo van but 10% higher for the smaller battery-electric van.”

Keoleian added that no single automated delivery system will be suitable for all situations and that in addition to environmental performance, other factors such as life cycle costs, safety, visual impact, and social sustainability factors such as employment impacts will need to be considered.