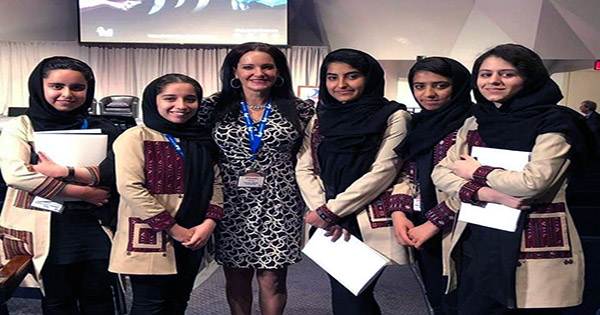 Among all the mayhem emanating from Afghanistan in recent weeks, one story stands out: that of the Afghan robotics team, which is entirely comprised of women. They made headlines last week when they “begged” the Canadian government for refuge as their nation fell to the Taliban, and within days, word had spread that half of the 20-woman squad had made it out of Afghanistan and into Qatar.

Five more members of the crew have now successfully escaped, this time to Mexico. Arriving late on Tuesday, August 24, they were received by Mexican Deputy Foreign Minister Martha Delgado at Mexico City’s international airport, together with more than 100 other journalists fleeing the Taliban. At a news conference regarding the refugee roboticists, Mexican Foreign Minister Marcelo Ebrard remarked, “They will be embraced with tremendous affection by the people of Mexico.” “They are the bearers of a dream: to demonstrate that we can live in a world that is egalitarian, fraternal, and gender-equal.”

Despite openly pledging to support women’s rights and girls’ education, the Taliban’s previous administration was distinguished by severe female persecution. Girls were barred from attending school, while women were barred from working, and both were subjected to severe and frequently lethal punishments for defying the Taliban’s strict gender laws. There have already been allegations of girls’ schools being closed in Afghanistan, less than two weeks after the organization assumed control of the country. Working women have been told to stay at home, and rumors of girls as young as twelve being forced to marry Taliban members are being circulated.

According to one volunteer who wished to remain anonymous to protect the safety of families still under Taliban rule, the roboticists arrived in Mexico thanks to a “huge worldwide effort and coordination from a group of volunteers.” The first group arrived in Mexico on Tuesday, where Ebrard declared last week that the government was “processing the first refugee applications of Afghan people, particularly women and girls who have requested it.” Several countries, including the United States, have offered to take in Afghan refugees, but the number of people attempting to flee is enormous, and several countries have refused emergency access.

According to team founder Roya Mahboob, some members of the robotics team are still in Afghanistan. While some in the country praised the women for their worldwide success and inventiveness, others accused them of dressed immodestly while abroad, and Mahboob believes those who remain have a bleak future. Some of the players of the team are as young as 14 years old.

“We are really delighted to be here, and it is an honor that the Mexican government has… rescued our lives,” team member Fatemah Qaderyan remarked when she arrived at her new home. “From now on, we will have many more opportunities in our lives to achieve many more goals, and so be a part of the struggle for a better life.”