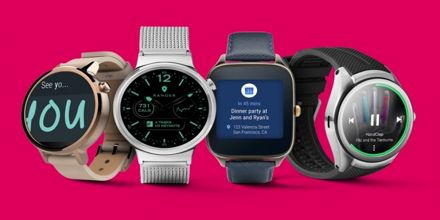 Android Wear is a version of Google’s Android operating system intended for smartwatches and further wearables. Each main hardware producer is clamoring for its share of the smartwatch action. In 2016, Motorola, LG and Apple joined the fray, yet a true leader in wearables has yet to emerge. Instead of stepping into the hardware battle, Google leveraged what it knows best: code. In the past, each smartwatch ran its own proprietary operating system (OS), limiting the number of apps and functionality accessible to users. Android Wear gives Google an edge on the competition by standardizing the operating system across mainly manufacturers—much like Android did with its smartphone OS seven years ago. A unified OS means developers can create thousands of apps that simply sync with Android devices. With them, users will be capable to place calls, control Netflix and other media players, track steps, and navigate an unusual route, all from a tiny screen on the wrist. Google has released its fourth developer preview of Android Wear 2.0 and it comes with a few prominent updates that aim to make supported wearables further sovereign and proficient.

First off, it’s now allowing for easy authentication when logging into Android Wear apps. If it requires you to log in using your Google account, a prompt will open up on your phone and, with a touch, you’re all set. A small, but meaningful way to speed things up.

Google has also brought back the swipe-to-dismiss gesture that we loved in Android Wear 1.0. In earlier developer previews of Android Wear 2.0, that gesture was delegated to the hardware button, which felt like a weird decision. Now, the power button will do just that, switch the watch on and off, just like you’re used to.

More details are listed in the blog post here, and it signals that things are moving forward with Android Wear 2.0, which faced a surprising delay into 2017.

Android Wear might share a name with typical Android but the layout of the interface is pretty dissimilar, as it’s built for much smaller devices and intended with hands-free use in mind.

It’s also far more combined than Android on your smartphone or tablet, as some manufacturers have been putting their own skins and launchers over top for years. But, Android Wear doesn’t grant that level of freedom, so all smartwatches running the operating system have the same software look and layout. Android Wear makes accessing some of your phone’s handiest features as easy as looking down at your wrist. It mainly acts as a companion to amplify your phone’s notifications so that you don’t need to dig around in your pocket just to see that someone liked one of your tweets.

The watch face is home base on Android Wear. Swiping up and down through the card-based menu structure reveals the weather, your calendar and other pertinent app notifications that have been ported over to the watch.

Sliding your finger to the right dismisses the notifications, but swiping left will reveal diverse options for each app you use, digging deeper into five day forecasts and the ability to reply to a text with your voice, to name a few examples.

Most of what Android Wear pushes to view is just a copy of the notifications you’re used to seeing on your phone. But it also delivers some thoughtful, personalized notifications. Traveling to a new city? It will by design set you up with the weather there, as well as back home.

While swipes and other gestures are debatably the major way you’ll interact with Android Wear, you can also use voice commands. All Android Wear smartwatches respond to the easy voice command “Okay, Google.” For this simple phrase to work, you’ll have to clarify the watch first. This prevents naive strangers –or more likely, no good pranksters– from hijacking your smartwatch.

Waking an Android Wear watch from its dimly lit always-on state requires either flicking your wrist up, tapping on the touchscreen, or in some cases pressing in the power button.

All options considered, “Okay, Google” is the easiest way to ask the watch to search the web, pull up a song, display your day by day steps, take your heart rate, make a new reminder, navigate to a place or set a timer or alarm. It even usually does as excellent job of sending texts and emails. If apps are what you’re after, Android Wear has plenty to choose from – and that list is continually rising. Take a look on the Google Store, or if you’re short on time, check out our list of the best Android Wear apps.

Android Wear is compatible with phones running Android 4.3 or above. It even has limited iOS compatibility, for iOS 8.2 or above.

However, at present only the Asus ZenWatch 2, Huawei Watch, Fossil Q Founder, LG Watch Urbane, Moto 360 (2015), Moto 360 for Women, Moto 360 Sport and Tag Heuer Connected work with iOS and even then the functionality is far more limited than when paired to an Android phone, as while you’ll be able to get notifications on your wrist you can’t normally interact with them.

While Android Wear software is identical across devices the hardware can differ pretty a lot. Screens can be square or circular and smartwatch designs variety from fitness-focused to smart and classy.

You can check out the latest and greatest devices in our list of the best Android Wear smartwatches, but highlights include the Moto 360 (2015), which is one of the most stylish smartwatches around, with a premium metal design, the Asus ZenWatch 2, which provides excellent value in a square form factor and the Sony SmartWatch 3, which, thanks to built-in GPS, is a sporty option.