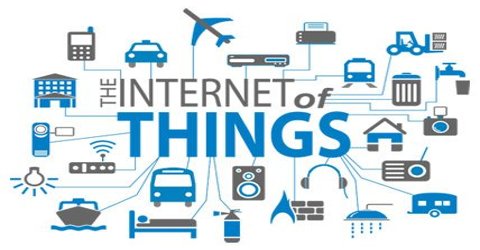 IoT: Is Far Bigger Than Anyone Realizes

The internet of things also known as, IoT isn’t new, a tech companies and pundits have been discussing the idea for decades, and the first internet-connected toaster was unveiled at a conference in 1989. It is a system of interrelated computing devices, mechanical and digital machines, objects, animals or people that are provided with unique identifiers and the ability to transfer data over a network without requiring human-to-human or human-to-computer interaction. In 2013 the Global Standards Initiative on Internet of Things (IoT-GSI) defined the IoT as “the infrastructure of the information society.” The IoT allows objects to be sensed and/or controlled remotely across existing network infrastructure, creating opportunities for more direct integration of the physical world into computer-based systems, and resulting in improved efficiency, accuracy and economic benefit in addition to reduced human intervention.

Typically, IoT is expected to offer advanced connectivity of devices, systems, and services that goes beyond machine-to-machine (M2M) communications and covers a variety of protocols, domains, and applications. The interconnection of these embedded devices (including smart objects), is expected to usher in automation in nearly all fields, while also enabling advanced applications like a smart grid, and expanding to the areas such as smart cities.

IoT has evolved from the convergence of wireless technologies, micro-electromechanical systems (MEMS), microservices and the internet. The convergence has helped tear down the silo walls between operational technology (OT) and information technology (IT), allowing unstructured machine-generated data to be analyzed for insights that will drive improvements.

Practical applications of IoT technology can be found in many industries today, including precision agriculture, building management, healthcare, energy and transportation. As such, it is clear that the IoT will consist of a very large number of devices being connected to the Internet. In an active move to accommodate new and emerging technological innovation, the UK Government, in their 2015 budget, allocated £40,000,000 towards research into the Internet of things. The former British Chancellor of the Exchequer George Osborne, posited that the Internet of things is the next stage of the information revolution and referenced the inter-connectivity of everything from urban transport to medical devices to household appliances.

The ability to network embedded devices with limited CPU, memory and power resources means that IoT finds applications in nearly every field. Such systems could be in charge of collecting information in settings ranging from natural ecosystems to buildings and factories, thereby finding applications in fields of environmental sensing and urban planning.

IoT systems could also be responsible for performing actions, not just sensing things. Intelligent shopping systems, for example, could monitor specific users’ purchasing habits in a store by tracking their specific mobile phones. These users could then be provided with special offers on their favorite products, or even location of items that they need, which their fridge has automatically conveyed to the phone.

However, the application of the IoT is not only restricted to these areas. Other specialized use cases of the IoT may also exist. An overview of some of the most prominent application areas is provided here. Based on the application domain, IoT products can be classified broadly into five different categories: smart wearable, smart home, smart city, smart environment, and smart enterprise. The IoT products and solutions in each of these markets have different characteristics. As devices become more connected thanks to the IoT, security and privacy have become the primary concern among consumers and businesses. In fact, the protection of sensitive data ranked as the top concern (at 36% of those polled) among enterprises, according to the 2016 Vormetric Data Threat Report.

Cyber attacks are also a growing threat as more connected devices pop up around the globe. Hackers could penetrate connected cars, critical infrastructure, and even people’s homes. As a result, several tech companies are focusing on cyber security in order to secure the privacy and safety of all this data. An IoT-enabled intelligent system of such cases has been demonstrated by the NSF Industry/University Collaborative Research Center for Intelligent Maintenance Systems (IMS) at University of Cincinnati on a band saw machine in IMTS 2014 in Chicago. Band saw machines are not necessarily expensive, but the band saw belt expenses are enormous since they degrade much faster.

Smart pills and connected monitoring patches are already available, highlighting the life-saving potential of IoT, and many people are already strapping smartwatches or fitness bands to their wrists to track their steps or heartbeat while on a run.

Healthcare is one area where more data has the potential to save lives, by preventing disease, monitoring it and by analysing it to create new treatments. However, our health is also one of the most sensitive areas of our lives, so privacy and security will need a bit more preventative medicine first.

IoT can assist in integration of communications, control, and information processing across various transportation systems. Application of the IoT extends to all aspects of transportation systems (i.e. the vehicle, the infrastructure, and the driver or user). Dynamic interaction between these components of a transport system enables inter and intra vehicular communication, smart traffic control, smart parking, electronic toll collection systems, logistic and fleet management, vehicle control, and safety and road assistance.

Internet of Things or IoT is one of those wider ideas that isn’t dependent on a single project or product. Smart fridges may well be the appliance of the future, or could fall by the wayside as too much tech for too little gain, but the idea of connected sensors and smart devices making decisions without our input will continue.