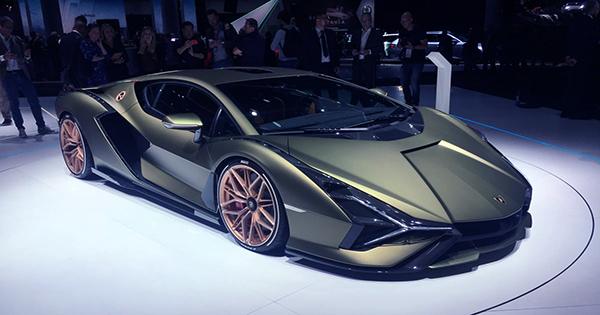 Lamborghini’s vision for an Alternative-fuel future

Electric-car skepticism is nothing new among auto aficionados. While some manufacturers have fully embraced electrification and hybridization, there are still some petrol skeptics, particularly at the high-end of the market, such as Lamborghini.

The push for electrification and hybrid powertrains presents a huge challenge for Lamborghini, which is known for producing stunning, unique receptacles for some of the world’s most powerful gasoline engines, and there’s a hint of trepidation among the company’s top brass.

Lamborghini has stated that all of its vehicles would be hybrid by 2024, and has already revealed one hybrid model the extremely limited-run Lamborghini Sián FKP 37 and the Countach LPI 800-4. The first production (as opposed to limited-run) vehicle with a hybridized powertrain will be introduced next year, though Lamborghini has yet to reveal what it will look like. While other supercar manufacturers such as Ferrari, McLaren, and Porsche continue to produce hybrid vehicles in both production and limited editions, Lamborghini remains one of the last to enter the market.

Lamborghini intends to innovate around the future of its legendary super sports cars by leveraging its loyal customers. “On the one hand, we’re quite specialized — we’re only a little part of the CO2 equation. But we want to do our part,” Andrea Baldi, Lamborghini’s new North American CEO, said at a recent launch ceremony for the Huracán STO, one of the company’s final gas-powered Huracáns. “The transition to hybrid, electric, and alternative powertrains is driving us to reconsider performance, and we’re not certain that electrification is the best long-term path to take.”

“We’re still learning whether we release a fourth model with a hybrid or electric powertrain or develop a solution for internal combustion that uses a new type of fuel. Baldi says, “We need to deliver on a single goal: emotion and the true Lamborghini experience.”

Lamborghini CTO Maurizio Reggiani didn’t go into detail about the type of fuel or technology the business would use, but he did refer to some interesting research that could lead to a totally electric Lamborghini in the future.

Reggiani stated separately, “Hybrid powertrains are the next frontier where we are confident we can innovate.” “We exist because our DNA is one-of-a-kind. We’re engineering emotion, and we’re doing some study with the Polytechnic University of Milan on how physical events, such as vibration, might affect emotion flow.” It’s feasible to imagine a world where gyroscopes and audio tracks imitate the physical consequences of an ICE engine.