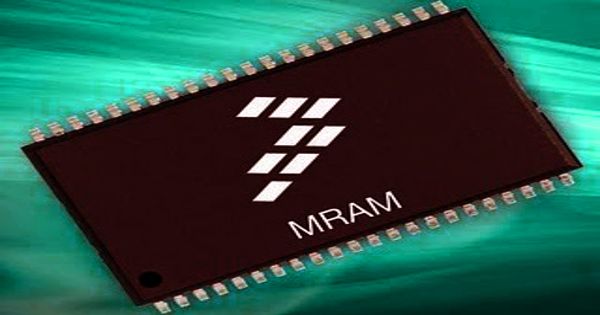 Magnetoresistive RAM is a form of non-volatile low-power memory that uses magnetic charges to store data.

Developed in the mid-1980s, proponents have argued that magnetoresistive RAM will eventually surpass competing technologies to become a dominant or even universal memory. In practice, the magnetoresistive devices are integrated with complementary metal—oxide—semiconductor (CMOS) circuitry to make chips that are compatible with mass-produced semiconductor electronics.

While MRAM memory technology has been known for over ten years, it is only recently that the technology has been able to be manufactured in large volumes. Unlike conventional RAM chip technologies, data in MRAM is not stored as electric charge or current flows, but by magnetic storage elements. The elements are formed from two ferromagnetic plates, each of which can hold a magnetization, separated by a thin insulating layer.

MRAM technology is completely different from any other semiconductor technology that is currently in use and it offers a number of advantages:

MRAM has the potential to become a universal memory – able to combine the densities of storage memory with the speed of SRAM, all the while being non-volatile and power efficient. One of the two plates is a permanent magnet set to a particular polarity; the other plate’s magnetization can be changed to match that of an external field to store memory. This configuration is known as a magnetic tunnel junction and is the simplest structure for an MRAM bit. A memory device is built from a grid of such “cells”.

One of the major problems with MRAM memory technology has been developing a suitable MRAM structure that will allow the memories to be manufactured satisfactorily. A wide range of structures and materials have been investigated to obtain the optimum structure.