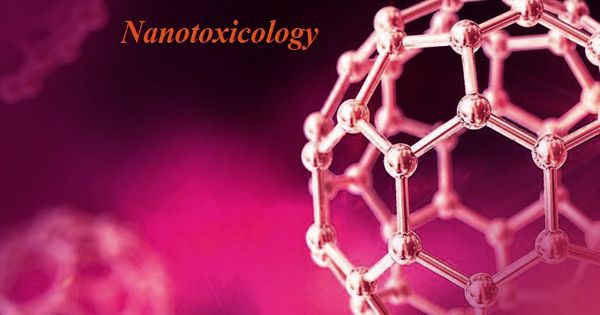 Nanotoxicology – study of the toxicity of nanomaterials

Nanotoxicology represents a new and growing research area in toxicology. It is the study of the toxicity of nanomaterials. The field of nanotoxicology is nascent and has its roots in the toxicology of ambient ultrafine particles. Because of quantum size effects and large surface area to volume ratio, nanomaterials have unique properties compared with their larger counterparts that affect their toxicity. The main aim of nanotoxicological studies is to determine the toxic/hazardous effects of nanoparticles and nanopharmaceuticals on humans and the environment.

Nanotoxicology is a branch of toxicology concerned with the study of the toxicity of nanomaterials, which can be divided into those derived from combustion processes, manufacturing processes, and naturally occurring processes.

Nanotoxicology is a sub-specialty of particle toxicology. It discusses interactions of engineered nanomaterials with biological systems and the environment while particular emphasis is placed on the correlation between the physicochemical properties of nanomaterials with the induction of toxic or adversarial biological responses. Nanomaterials appear to have toxicity effects that are unusual and not seen with larger particles, and these smaller particles can pose more of a threat to the human body due to their ability to move with a much higher level of freedom while the body is designed to attack larger particles rather than those of the nanoscale. For example, even inert elements like gold become highly active at nanometer dimensions. 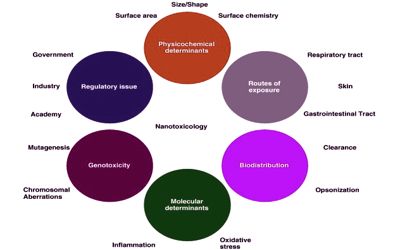 The revolution in nanotechnology is set to bring advantages in areas of our lives as diverse as engineering, information technology, and diagnostics. Nanotoxicological studies are intended to determine whether and to what extent these properties may pose a threat to the environment and to human beings. Two decades of nanotoxicology research has shown that the interactions between nanomaterials and cells, animals, humans, and the environment are remarkably complex. Nanoparticles have a much larger surface area to unit mass ratios which in some cases may lead to greater pro-inflammatory effects in, for example, lung tissue.

Nanoparticles are usually more toxic to some cell subpopulations than others, and toxicity often varies with cell cycle. These can be inhaled, swallowed, absorbed through the skin, and deliberately or accidentally injected during medical procedures. They might be accidentally or inadvertently released from materials implanted into living tissue.