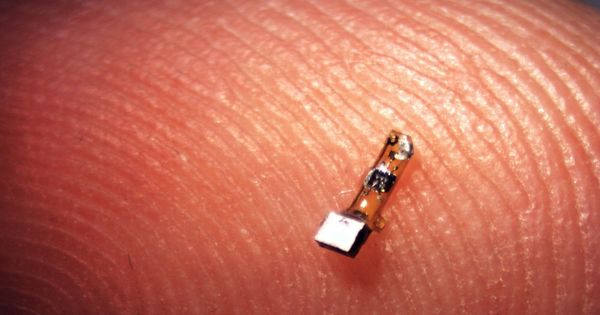 Neural dust is a wireless, batteryless, ultrasonic neural interface platform. It is a term used to refer to millimeter-sized devices operated as wirelessly powered nerve sensors; it is a type of brain–computer interface. The neural dust platform uses ultrasonic power and communication to enable a scalable, wireless, and batteryless system for interfacing with the nervous system. It is a technology with the potential to blur the boundaries between biology and electronics has just leaped a major hurdle in the race to demonstrate its feasibility.

The sensors may be used to study, monitor, or control the nerves and muscles and to remotely monitor neural activity. By coordinating individual dust motes connected within the brain, clinicians could coordinate different networks of neurons across distant regions of the brain simultaneously. Neural dust technology is part of the growing field of bioelectronic medicine that aims to monitor nerves accurately and stimulate them safely.

In practice, medical treatment could introduce thousands of neural dust devices into human brains. To power, the neural dust, a transducer outside the animal’s body emits ultrasound vibrations that pass through skin and tissue. Ultrasound enables wireless power and communication with sub-mm implants. Ultrasound offers several advantages over alternative wireless approaches, including a safe method for powering and communicating with sub-mm-sized devices implanted deep in tissue. The neural dust system was assembled on a flexible PCB and is composed of three main parts: a piezoelectric crystal, a single custom transistor, and a pair of electrodes that measure nerve signals.

The term is derived from “smart dust”, as the sensors used as neural dust may also be defined by this concept. Future developments seek to enable chronic recording, stimulation, and CNS delivery. Future developments are focused on further minimization of the platform, better encapsulation methods as a path towards truly chronic neural interfaces, improved delivery mechanisms, stimulation capabilities, and finally refinements to enable deployment of neural dust in the central nervous system.

Neural dust devices do not require wires or batteries. Instead, they are powered by and communicate digitally and securely through ultrasound. They’re also working to expand the motes’ ability to detect non-electrical signals, such as oxygen or hormone levels. As a powerful tool, the application of ultrasound sets neural dust technology apart because it is a safe alternative to conventional, wireless implantable devices that use electromagnetic waves.